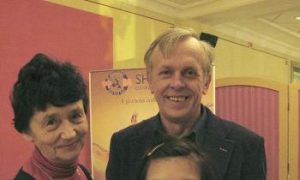 Swedish MP: 'It Is a Fantastic Performance'
0 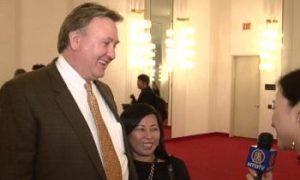 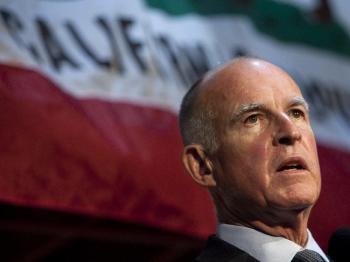 By Robin Kemker
Print
LOS ANGELES—After three weeks in office and days filled with meetings, legislators came up with a proposal that state Treasurer Bill Lockyer calls “realistic and provocative.”

“The plan acknowledges that a balanced remedy of spending reductions and revenues is the best cure,” Lockyer said in a statement.

The California legislature’s logjams during attempts to develop effective responses to the growing deficit had become a perennial problem since the worldwide economic meltdown began. Jerry Brown, now back for a third term, made the state’s budget his first priority and acted quickly to address the issue.

As announced on the governor’s website, “Governor Jerry Brown released a balanced state budget today that slashes spending by $12.5 billion, including an eight to 10 percent cut in take-home pay for most state employees.”

The statement also addresses a “vast and historic” government restructuring. California’s taxing authority and funding of many local services resides at the state level and is controlled by the state legislature. Governor Brown believes that this causes a “disconnect” in fiscal accountability for local services. Shifting this back to the localities will “allow government at all levels to focus on core functions and become more efficient and less expensive.”

Steps in implementing the proposed budget include the legislature’s approval of the budget package in March and a special election in June for voters to approve a five-year extension of personal income and sales taxes, as well as vehicle license fees at current levels.

Another issue is the stalled sale of state office buildings due to a court action, which weighs in at a billion dollars of the proposed budget. Without this sale, the “rainy day” fund cannot be financed as proposed.

Corporate stimulus programs will be curtailed. Post-secondary education will see various levels of funding cuts, while K–12 public education, which has taken much of the brunt for several years, will see no reduction.

What remains unclear is the effect government restructuring will have on local communities. Will the current levels of state funding for community services be reduced? If so, will the state retain those reductions for its current and future budgets, leaving local communities with the responsibility to create new taxes and fees? These are major
questions for California localities and their constituents.