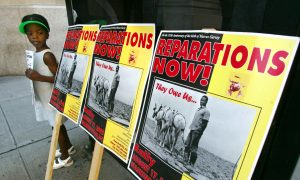 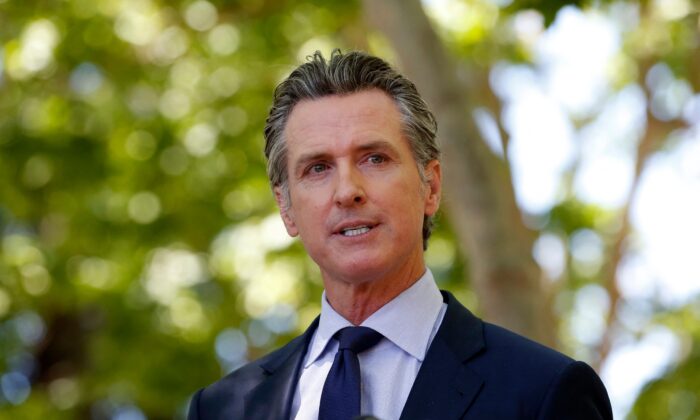 California Gov. Gavin Newsom speaks during a news conference in San Jose, Calif., on May 26, 2021. (Amy Osborne/AFP via Getty Images)
Crime and Incidents

California Governor Assaulted by Man During Visit to Oakland

California Gov. Gavin Newsom on Friday was assaulted as he visited a pizza parlor in Oakland.

“This morning, the Governor was approached by an aggressive individual. Members of the Governor’s security detail removed the Governor from the situation and the individual was arrested by CHP officers,” the California Highway Patrol, which helps protect the governor, said in a statement to news outlets.

The man hurled a water bottle at Newsom, who was in the area to tour several small businesses, local media reported.

Photographs showed the suspect, identified as Serge Emanuel Benoit Chaumette Jr., being arrested on Washington Street after the alleged assault.

The man was booked on assault of a public official and resisting an officer charges. He was being held on $35,000 bail.

A woman who identified herself as the suspect’s sister told The Associated Press that he is homeless and has severe mental issues.

She said the alleged crimes he committed were “consistent with his past behavior.”

Newsom was in Oakland to visit Beastmode Barbershop and Graffiti Pizza. The visit was meant to promote small businesses as they strive to recover from the harsh rules imposed by the governor during the COVID-19 pandemic.