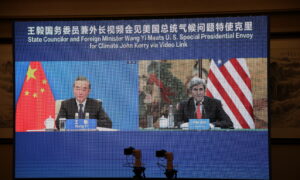 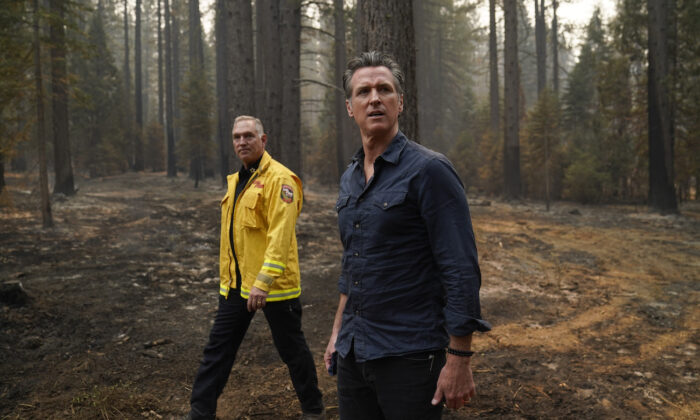 California Gov. Gavin Newsom signed a giant $15 billion climate package on Thursday that will direct money to an array of climate impacts facing the state.

The billion-dollar package is the largest such investment in state history and includes 24 bills covering everything from tackling wildfire and drought challenges, building climate resilience in communities, promoting sustainable agriculture, and advancing the climate agenda.

It also includes a $1.5 billion Wildfire and Forest Resilience Package which builds on a $536 million early action package back in April of this year ahead of peak fire season. The package also adds an additional $988 million in 2021-2022 which will be used to fund projects to reduce wildfire risk and improve the health of forests and wildlands, such as fuel reduction projects and fuel breaks.

The largest amount of funding—$5.2 billion—is being directed towards the Water and Drought Resilience package, which will be used to support immediate drought response and long-term water resilience over three years. This will be done via drought relief projects to secure and expand water supplies, among other things, and the focus will be on small and disadvantaged communities.

A further $3.7 billion is being directed to a Climate Resilience Package, which aims for the state to build resilience against the many climate risks facing it, including extreme heat and sea-level rise, over the next three years. The funding will focus on vulnerable front-line communities and will include projects that reduce the urban heat island effect, as well as greening projects.

Another $1.1 billion is going towards supporting “climate smart” and sustainable agriculture and to create a “resilient and equitable food system” as well as expand access to healthy food across schools and other public institutions.

Another $270 million will go to supporting a “circular economy that advances sustainability and helps reduce short-lived climate pollutants from the waste sector, and $150 million that will support urban waterfront parks, with a focus on underserved communities.”

“California is doubling down on our nation-leading policies to confront the climate crisis head-on while protecting the hardest-hit communities,” Newsom said in a statement announcing the new package.

“We’re deploying a comprehensive approach to meet the sobering challenges of the extreme weather patterns that imperil our way of life and the Golden State as we know it, including the largest investment in state history to bolster wildfire resilience, funding to tackle the drought emergency while building long-term water resilience, and strategic investments across the spectrum to protect communities from extreme heat, sea level rise and other climate risks that endanger the most vulnerable among us.”

The billion-dollar package comes following a string of blazes that have burned across California this summer, prompted by worsening drought conditions.

Earlier this month, Newsom said more than 7,400 wildfires have burned in the state this year, scorching more than 2.2 million acres, driven by higher temperatures and extreme drought condition

The wildfires threaten to burn some of the state’s famous and gigantic groves of old-growth sequoias in the Sierra Nevada, leaving locals to wrap them in protective aluminum foil insulation in a bid to save the trees, one of which is  2,300 to 2,700 years old.