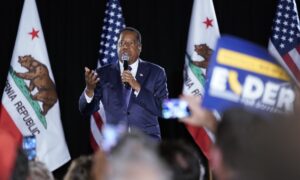 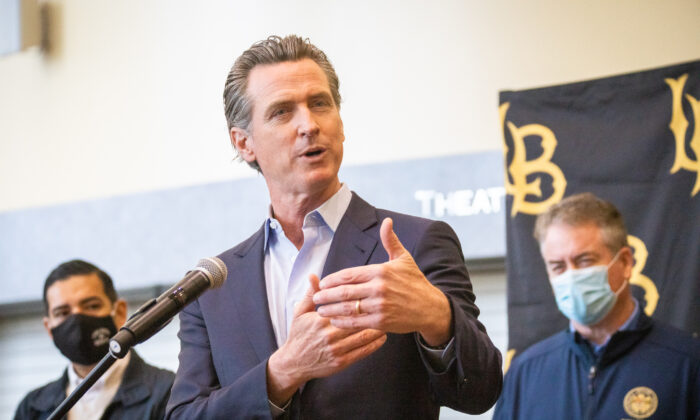 Gov. Gavin Newsom signed a measure Monday that makes vote-by-mail permanent in California, coming after the tactic was used in 2020 and was left in place during this month’s recall election.

The Democrat governor issued a statement as he signed Assembly Bill 37, which now requires the state to send ballots with prepaid return envelopes to all voters in statewide elections and local contests.

Newsom, who defeated the recall effort, said that California officials “took unprecedented steps to ensure all voters had the opportunity to cast a ballot during the pandemic, and today we are making those measures permanent after record-breaking participation in the 2020 presidential election.”

The move was also touted by California Secretary of State Shirley Weber, also a Democrat, who said the measure would “permanently expand access” via mail-in ballots.

“Vote-by-mail has significantly increased participation of eligible voters,” Weber said. “Voters like having options for returning their ballot whether by mail, at a secure dropbox, a voting center, or at a traditional polling station. And the more people who participate in elections, the stronger our democracy and the more we have assurance that elections reflect the will of the people of California.”

The new law takes effect in January, requiring ballots to be mailed to all voters starting in June 2022.

Critics of vote-by-mail, which includes former President Jimmy Carter—who issued a report years ago highlighting the potential peril it can bring—say the practice leads to fraud. Carter, however, later embraced universal mail-in ballots due to the pandemic last year.

Still, a report from the Carter and former Secretary of State James Baker released in 2005 (pdf) warned that “absentee ballots remain the largest source of potential voter fraud” in the United States, noting that the practice is “vulnerable in several ways” not limited to blank ballots being mailed to the wrong address or to large residential buildings.

“Citizens who vote at home, at nursing homes, at the workplace, or in church are more susceptible to pressure … or to intimidation,” the report said. The report used the 1997 Miami mayoral election that resulted in 36 arrests for voter fraud as an exception. After the election was redone, the result was reversed.

Also on Monday, Newsom signed SB 35, which changes the prohibited distance for electioneering and specified political activities near a voting site. He also signed a bill that increased penalties for the personal use of campaign funds.

Last year, California lawmakers passed a law that mandates elections officials to mail ballots to active and registered voters for the presidential election due to the pandemic. According to the Secretary of State’s office, about 86 percent of votes were cast via mail in 2020.