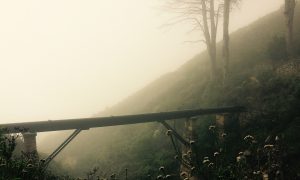 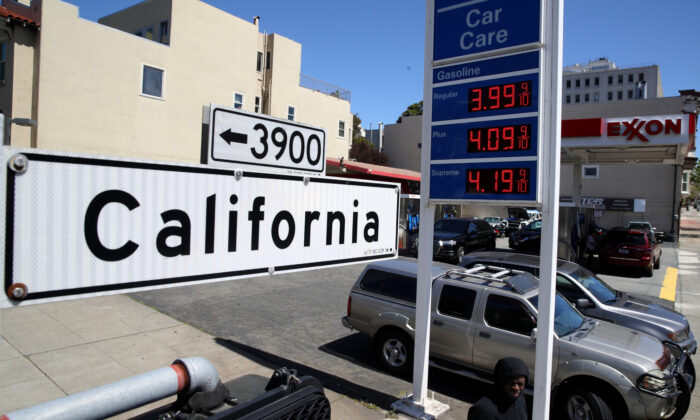 Californians are feeling the pinch at the gas pump after the recent attack on Saudi Arabia’s oil refineries.

Damage and fires from the drone strikes on Sept. 14 meant a sudden drop in crude oil production of about 5.7 million barrels per day, cutting Saudi production in half, and the shortages have led to higher prices at the pump across the nation.

“The silver lining in this cloud is this event occurred at a time when typically gas prices in Southern California are heading downward because of lower demand in the fall, and the fact that we will convert from summer blend gasoline to cheaper winter blend gasoline by Oct. 31,” Jeffrey Spring, spokesman for the AAA Automobile Club of Southern California, told The Epoch Times.

“The bottom line is the price of oil impacts about 50 percent of the cost of gasoline, so where oil goes gasoline will follow,” Spring said. “Here on the West Coast, it could be a bit more because California relies heavily on Saudi oil.”

Because gas distributors know they are going to pay more for the next shipment of gas from the wholesaler, they often raise prices overnight to compensate for that, Spring said.

Saudi Energy Minister Prince Abdulaziz bin Salman said Monday that oil output will be restored to full output levels by the end of this month, which is sooner than expected, according to a Reuters report. After the attack, which has been blamed on Iranian-backed Houthi rebels, the United States announced plans to send American troops to Saudi Arabia as a deterrent to more attacks.

Rob Thummel, managing director at energy investment firm Tortoise Advisors, told the New York Times that the sudden drop in Saudi oil production could cause the average price of gas in the U.S. to rise by as much as 25 cents per gallon.

“If the Saudis can make good on their promises, then prices shouldn’t go up super high,” said Spring. “It depends on how long it takes … to repair the damages to those holding tanks and processing facilities. If it’s a month, this becomes a blip and markets go back to somewhat normal. If it takes longer, then we will see higher prices than we would normally see this time of year in California.”

Since about the mid-1990s, California has steadily increased its dependency on foreign crude oil and is buying less from Alaska, according to data from the California Energy Commission.

In 2018, foreign sources of crude oil imports accounted for about 58 percent of all oil refined in the state, and 37 percent originated from Saudi Arabia.

In California, the current state gasoline excise tax is 47.3 cents per gallon. Customers are also charged 18.4 cents for federal tax, along with other taxes and fees, and the total tax on one gallon of gas is 79.60 cents—the highest in the nation. Pennsylvania is a close second at 77.10 cents. Alaskans pay the lowest total tax at the pump at 33.06 cents, followed by Missouri at 35.82 cents.

“We only have so many refineries in California … so production capacity is capped,” Spring said. “The regulations to build more oil refineries are so onerous that none of the refinery owners want to do it. No one has built a new refinery anywhere in the state for decades.”

California’s refineries are located in the San Francisco Bay area, Los Angeles and the Central Valley. The refineries produce a total of about two million barrels of petroleum a day, according to the Energy Commission website. A barrel contains 42 U.S. gallons. Gasoline accounts for about half of the total production.

All of the gas sold at the pump in California is refined according to strict guidelines under state law, which makes it more expensive, Spring said. The complex blend of gasoline designed to reduce air pollution is made almost exclusively within the state.

“It’s what they call a boutique blend,” he said.

Aside from California’s 11 refineries that produce gasoline, there are only a few others around the world that can create the California blend.

“We are pretty much an island when it comes to the production of gas right here in California,” he said.

According to the U.S. Census Bureau, Californians spend an average 28.9 minutes commuting to work each day. It is the fifth longest commute time in the nation.

This spike in gas prices comes in the wake of a 5.6 percent increase under Senate Bill 1, which was signed into law signed by former Gov. Jerry Brown and took effect in July. The purpose of SB 1 is to raise $5 billion a year for road repairs, maintenance, and mass transit.

The best way to reduce gas consumption is to combine errands to make fewer trips, shop around for gas, lower your speed, don’t hammer on the brakes and avoid jackrabbit starts, said Spring, adding that moderating your driving habits also “means you can’t be driving distracted, so put the phone down.”

“I would recommend to motorists that if they ever took their conservation hats off to put ’em back on,” he said.