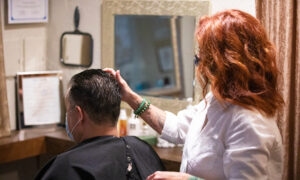 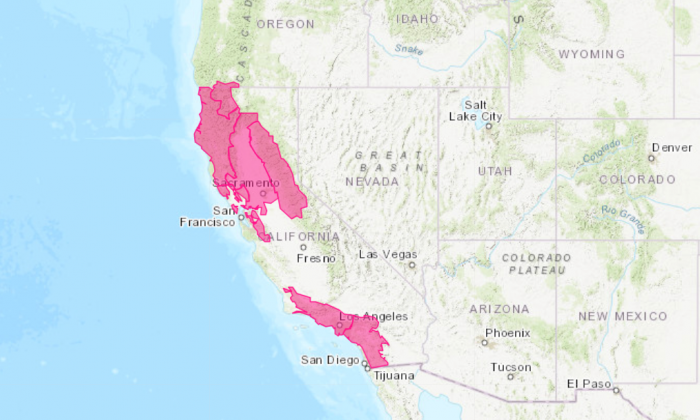 Pacific Gas and Electric (PG&E), one of the largest power suppliers across the nation and mainly covers Northern and Central California, announced Sunday night that around 60,000 of their customers were without power due to wind gusts with speeds up to 50 miles per hour.

[Public Safety Power Shutoff Update] We will restore all customers today. On Monday, power was restored to about 40,000 customers in the North Bay and Sierra Foothills. pic.twitter.com/14SPvVszhs

PG&E said in a statement that “strong winds, very low humidity levels, critically dry vegetation and on-the-ground observations” were the factors that led to the “Public Safety Power Shutoff.” The utility company was reportedly reluctant to resort such a strategy in the past as the outage might affect the police, firefighters, and hospitals. But things changed after the deadly wildfires in 2017.

In May 2018, Cal Fire alleged that three wildfires of the 2017 Northern California firestorm, which burned more than 245,000 acres and killed 44 people in Northern California, were ignited by PG&E power lines making contact with trees nearby.

It’s the busiest time of year for wineries- harvest time. The grapes need to be de-stemmed and crushed. But PG&E has turned off the power. So Calistoga wineries are scrambling to come up with back up plans. pic.twitter.com/r45MALUm90

California now requires utility companies to be responsible for fires linked to their equipment, no matter if they were complying with regulations or not. According to Reuters, there are about 200 lawsuits against PG&E related to the 2017 fires. The company could face costs of up to billions of dollars.

Santa Ana winds knock tree down less than a foot from our roof. Trying to reach utility they have a recording 😩 #KTLA powerline down pic.twitter.com/JS03qOz7Pu

Although the sudden emergency power outage affected residents and businesses, PG&E is not the only supplier to use this strategy. San Diego Gas & Electric (SDG&E), which serves about 3.3 million consumers in San Diego and part of Orange County, also shut off power supply in certain areas.

In a statement from SDG&E, the Santa Ana winds, which feature high-speed gusts and low humidity, drastically worsened the fire conditions in some areas with dry vegetation. Around 2,000 customers were affected by the power outage.

A red flag warning issued by the National Weather Service (NWS) for most of Los Angeles County will last until late Tuesday.

To deal with the extreme fire weather, Southern California Edison (SCE) also stated that a similar power shut off strategy could be deployed when the risk runs high. A power outage alert from SCE warning customers of the possibility of a power outage was sent out to customers in 41 cities of Los Angeles, Orange, Ventura and San Bernadino Counties, according to ABC 7.