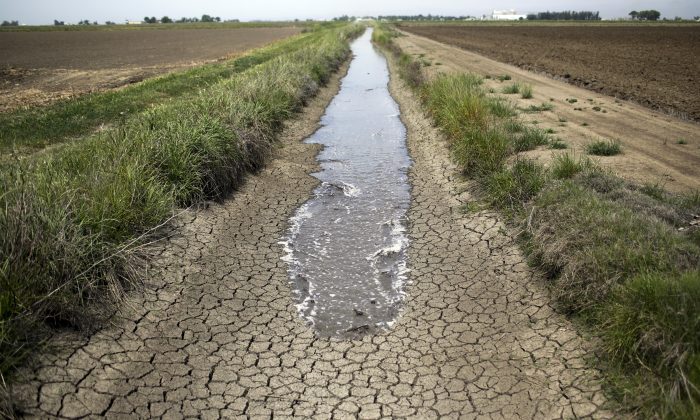 FILE - This May 1, 2014, file photo shows irrigation water runs along a dried-up ditch between rice farms in Richvale, Calif. In Santa Cruz, Calif., dozens of residents who violated their strict water rations take a seat at Water School, hoping to get hundreds of thousands of dollars in distressing penalties waived. California is in the third year of the state's worst drought in recent history. (AP Photo/Jae C. Hong, File)
Social Media

An article saying the state of California is issuing fines for people taking part in the viral “ice bucket challenge” isn’t real.

The bogus article was posted on the Daily Currant, which says it’s satirical in nature and shouldn’t be taken seriously.

“Local authorities in California are handing out massive fines to anyone participating in the ‘ALS Ice Bucket Challenge’ fundraiser on the grounds they are wasting water,” it says. “In Los Angeles, which is living through its worst drought in generations, the Department of Water & Power and the Police Department have long been cracking down on unnecessary water usage.”

The article had tens of thousands of shares as of Saturday, and many people apparently thought it was real.

According to a disclaimer, The Daily Currant doesn’t publish real news.

It continues: “Our stories are purely fictional. However they are meant to address real-world issues through satire and often refer and link to real events happening in the world.”