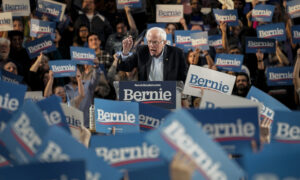 A federal prosecutor in California fatally shot his wife before turning the gun on himself Sunday in their home, said officials.

Timothy Delgado, 43, worked as a U.S. attorney for the Eastern District of California, and officials believe he shot his wife, Tamara Delgado, in a murder-suicide in Granite Bay, said the Placer County Sheriff’s Office.

“Timothy and Tamara are married and we believe that Mr. Delgado fatally shot his wife before turning the weapon on himself,” the office wrote in a statement on Monday.

It added that Delgado worked out of an office in Sacramento, the state capital. The sheriff’s office didn’t elaborate on the circumstances surrounding the shootings or a possible motive.

“Our deepest condolences go out to the families of the deceased,” the statement said.

We are investigating yesterday’s homicide as a murder/suicide. Decedents are Timothy Delgado, 43, & Tamara Delgado, 45, of Granite Bay. We believe that Mr. Delgado fatally shot his wife before turning the gun on himself. Mr. Delgado was a prosecutor with the US Attorney’s Office. pic.twitter.com/ggk2MYeXSv

The U.S. Attorney’s Office in Sacramento told The Associated Press on Monday it is cooperating with the investigation.

She added: “We were informed that Mr. Delgado and his wife were found deceased in their home. The Placer County Sheriff’s Office is investigating with the assistance of FBI, and we are fully cooperating with the investigation.”

According to a search of the office’s website, Delgado appears to have prosecuted firearms and narcotics cases.

Deputies were called to their home after Tamara Delgado’s mother alerted authorities, according to sheriff’s office spokeswoman Angela Musallam. She didn’t tell AP if other calls were made to the residence.