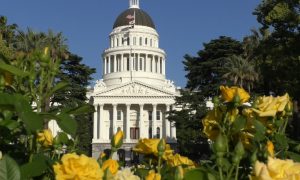 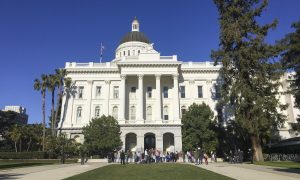 Teachers, Medical Professionals Speak Out Against Sex-Ed Laws in California
0 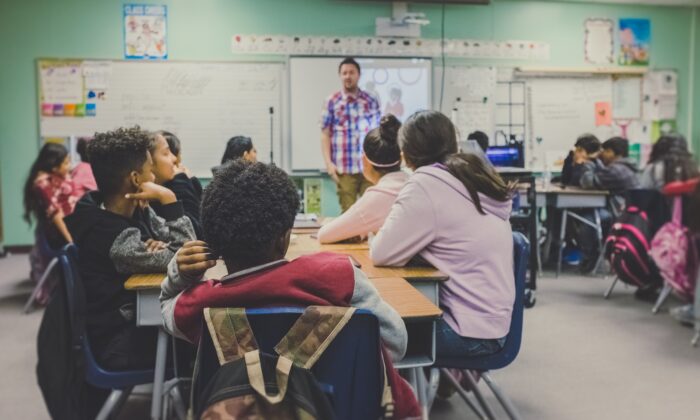 Children listen to a teacher in a classroom. (Photo by NeONBRAND on Unsplash)
Northern California

SANTA CLARA, Calif.—Parents and children in California who are concerned over sex education in public schools have been writing letters to First Lady Melania Trump in what has become known as the First Lady of the United States (FLOTUS) S.O.S. California Moms campaign.

These parents and children felt that their opposition to California’s sex ed curriculum was being disregarded and overlooked by officials. They have sent hundreds of letters to Melania Trump since the campaign started in February.

“We want safety environments,” Evaluz Alvarado, a 16-year-old student, wrote in a letter to Melania Trump. “Parents have rights too and they have to know what their children are being taught at school.”

The letters are mostly handwritten and from parents, grandparents, and children. America Figueroa, a spokesperson from Alliance To Protect Children (ATPC), said there hasn’t been a response from the White House yet.

Figueroa, who is an early childhood educator and mother of five, told The Epoch Times that ATPC was organized earlier this year. One of its goals is to get more politically involved and invoke change in California, and it has joined the FLOTUS S.O.S. California Moms campaign.

An organization called Con Mis Hijos No Te Metas USA (Don’t Mess With My Kids USA) is also participating in the campaign.

Figueroa said she found out about Assembly Bill 329 (AB329) a few years ago. AB329 and the California Healthy Youth Act (CHYA) require students in grades 7–12 to receive comprehensive sexual health education and HIV prevention education in both middle and high school.

One aim of AB329 and the CHYA is to inform youth about gender identities, sexual orientations, gender expressions, and so on.

Parents involved in the FLOTUS campaign have expressed concern over what the content may include, such as topics that they would rather teach their kids themselves. The Epoch Times investigated what parents deem “age appropriate” and published a report in February.

In February, Figueroa asked President Donald Trump at the Palm Springs airport for his help with the children’s sex ed issue.

Figueroa and the campaign are reaching out to the White House because they felt they needed change to happen. At each level, they hit roadblock after roadblock and felt that the officials weren’t listening to them.

“We’ve gone step by step. We started off at the school level, district level, then we went to the county, and to the senate and the assembly,” Figueroa said.

As the next step, Figueroa thought about traveling to Washington D.C. to seek further assistance.

Figueroa said the parents are reaching out for the First Lady’s support because she is a mom.

“When the media tried to attack her son, we saw how she reacted. Like real moms, like [how] we do,” Figueroa said. “You can say anything about me, but don’t even think you’re going to hurt my kid.”

Figueroa said she became aware of the sex ed issue in the summer of 2018 when she was submitting school re-enrollment forms.

She said she opted her children out of the sex ed program by letter, but it wasn’t honored by the school. She also did not want her boys participating in several surveys that took place at school.

“They are invasive, and they have a lot of sexual questions as well. So even when they’re labeled as anti-bully and anti-abusive [surveys], they do contain sexual questions,” she said.

She began to homeschool her kids in March last year. They missed their friends at first, but after a while, she said they didn’t want to go back to regular school.

“They’re not completely in the safe side,” she said. “I don’t know if their future wives are sitting in a public school classroom right now and how that’s going to affect them.”

Figueroa was concerned about why 10, 11, and 12-year-olds are being taught about sexual consent and negotiation when the legal age of consent is 18 in California.

“I just had a grandbaby, my first grandbaby,” she said. “He’s 4 months old, but eventually he’s going to have to go to school. What’s going to happen if things don’t change?”

“We are ready to fight back and not stop until something happens,” Figueroa said. “What else can we do? We don’t know, but we know for certain that we won’t stop until they get their hands off our children.”

‘Children are our future’

“Children deserve to be respected in every way possible,” Spanish teacher Araceli Justiniani told The Epoch Times in an interview.

“Some of the students have expressed to me that they don’t like it, that they feel threatened,” said Justiniani.

She said that the schoolchildren are innocent and that she hasn’t heard about anything regarding sexual activity from them.

She wants the White House to know about California’s situation.

“[Legislators] think they can rule all family. That, to me, is completely an atrocity, because family is … the foundation of a society,” she said.

She has visited the areas of Santa Ana, Anaheim, Tustin, City of Orange, and Orange County, looking for help.

“We completely exhausted our energy and resources and everything the whole year,” Justiniani said.

She has spoken with parents and believes that they should ask questions and get involved in their children’s education.

“Children are our future. We need to invest in our children, and I think [legislators] are completely missing the mark,” she said.