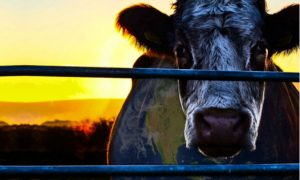 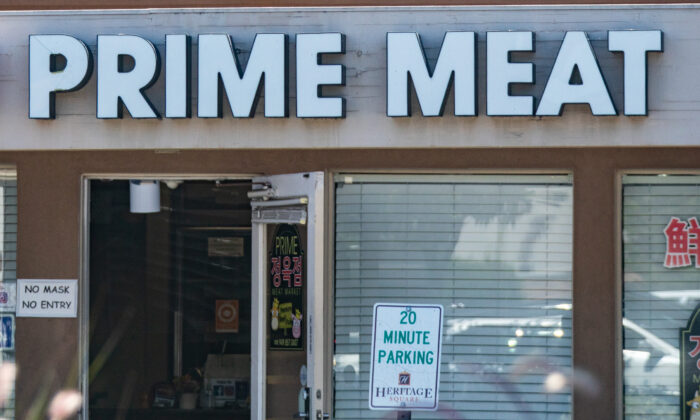 California restaurants are preparing for potential bacon shortages beginning January 2022, when a new law to improve farm animal conditions that could cause a decline in pork supply goes into effect.

One of the first international pancake houses in Orange County, Pancakes R Us, foresees a costly impact on its menu prices.

Abdullah Akbar, who runs the Costa Mesa restaurant, told The Epoch Times the eatery uses around 600 pounds of bacon per month. The restaurant is known for classic breakfast combos offering diners a few strips of bacon for nearly every meal.

“The prices will have [an] effect on us, and we have no choice but to increase our prices,” Akbar said.

In 2018, state residents voted to change farm animal confinement laws by passing Proposition 12. More than half of state voters ruled in favor of prohibiting the retainment of calves, pigs, veal, and hens in small areas, along with the sale of veal, uncooked pork, and shelled and liquid hen eggs.

“Prop 12 addresses some of the cruelest abuses ever inflicted on farm animals,” Josh Balk, vice president of Farm Animal Protection at the Humane Society of the United States, told The Epoch Times. “The pork industry confines mother pigs in tiny cages so small they can never turn around. Shifting to more humane and cage-free conditions vastly improves the lives of these animals for egg-laying hens.”

As of now, the hens stand wing-to-wing with other birds in cages the size of microwaves, where they’re forced to sleep, eat, and lay eggs in the same spot, Balk said.

“In the pork industry, allowing these pigs to at least turn around is a big step, and that goes to show how poor these animals are treated,” he said. “Mother pigs in a cage where they can’t turn around; they’re forced to live in what is their own coffin for their whole life. They’re forced to look straight ahead, and that’s it, and they go psychologically insane.”

With nearly 63 percent of Californians voting in favor of Prop. 12, the initiative received a lawsuit from the North American Meat Institute to halt the motion. In June 2021, the Supreme Court rejected the legal challenge.

“The Supreme Court’s outright rejection of the meat industry’s challenge to Proposition 12 is significant, and consistent with prior court rulings affirming that states have the right to pass laws protecting animals, public health and safety,” the Humane Society of the United States’ senior staff attorney, Rebecca Cary said in a June 28 statement.

“The meat industry should have focused on eliminating its cruel caging of animals rather than filing hopeless lawsuits trying to overturn extraordinarily popular, voter-passed animal cruelty laws.”

According to a study conducted by the Hatamiya Group, a decline in pork supply in the state by 50 percent would increase bacon prices by 60 percent in the Los Angeles market. Additionally, the report found that an increase in pork prices will decrease the overall demand if prices were to spike.

While animal cruelty organizations call for an end to the mistreatment of farm animals, restaurant associations statewide fear that potential price increases will hinder the industry amid the devastating economic impacts of the CCP (Chinese Communist Party) virus pandemic.

The Food Equity Alliance, a statewide coalition of state grocery stores, restaurants, businesses, and pork producers, wrote a letter to Gov. Gavin Newsom in May 2021, urging him to delay the effects of Prop. 12 by using his executive powers.

“Californians have been hit hard by the economic impacts of COVID-19 with consequences serious and far-reaching on restaurants, grocers, businesses, and hard-working families,” the letter reads. “Another threat on the horizon is the implementation of Proposition 12.

“The Food Equity Alliance … is asking that you exercise your executive authority to delay the implementation of Proposition 12. It’s the only solution to protect the most vulnerable Californians, grocery markets, and restaurants from facing a pork shortage and skyrocketing price increases at a time when they are already struggling with the devastating impacts of COVID-19.”

As the implementation date of Prop. 12 is nearly half a year away, a Rabobank report estimates that California will fall 50 percent short of its pork needs.