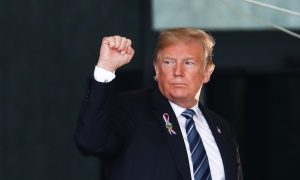 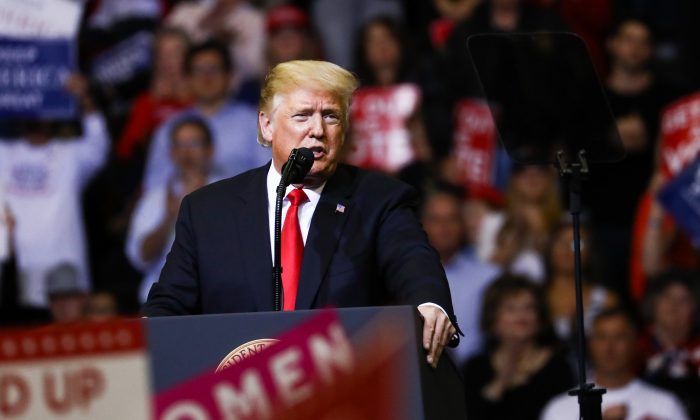 The Election Integrity Project California (EIPCa) hopes to set up a meeting with President Donald Trump to discuss safeguarding the integrity of the election process.

“We believe we need a town hall,” said Linda Paine, president of the EIPCa, at a recent meeting with Los Angeles County supporters. “We’d like to ask Californians to help us call upon President Trump to hear us.”

EIPCa held another public meeting on Jan. 28 in Tustin, California, to discuss the nonprofit organization’s recent work, including a major legal victory against the state of California and Los Angeles County in cooperation with Judicial Watch.

Inside Judicial Watch: “How JW Won the Battle for Election Integrity in Los Angeles County.”

JW signed a settlement agreement with California & Los Angeles County under which they’ll begin removing up to 1.5 million(!) ineligible voters from the rolls.https://t.co/5AdnrYliGP

The ruling required state and county officials to remove as many as 1.5 million inactive registered names from the voter rolls in Los Angeles County alone.

This is far from the only issue discovered by the organization, but the initial success has caught the attention of similar groups elsewhere. Paine said she has received calls from other states asking how the organization was able to win the lawsuit and how they can do the same thing. She hopes a national meeting will help rally people around the country to get more involved in election integrity.

California is one of a number of states where ordinary citizens associated with nonpartisan groups are allowed to observe the entire election process. This has allowed EIPCa to train volunteers to go out and gather information about what they directly observed.

“From the time [Trump] started the Commission on Election Integrity and Voter Fraud, we attempted to get our research and report directly to him,” said Paine.

The president’s commission was started in May 2017 and disbanded in January 2018, as the Department of Homeland Security took over management of the issue. However, concerns over election fraud have not disappeared.

The recent legalization of a practice dubbed “ballot harvesting” and other changes to ballot counting were found to have helped flip seven U.S. House races from Republican to Democrat in California.

Ballot harvesting is ripe for fraud. We all have the right to vote but it should be done with integrity and at the polls as was intended. https://t.co/3XtRrVGljC

Paine said EIPCa was strongly against AB-1921, which legalized ballot harvesting, and the group wrote a position paper opposing the measure because of the potential for vote by mail ballots to be manipulated.

“We’re very concerned about the law. We think it should be repealed,” she said.

In addition, the group is worried about thousands of voters who did not receive their mail-in ballot, mismatches between state and county data regarding poll and mail ballot voters, a “huge surge” in the use of provisional ballots, and other problems.

“This 2018 election made it very clear that something went terribly wrong,” said Paine. “It has to be fixed soon.”

Many of these candidates and tax-raising ballot measures rely on ballot harvesting and other schemes. https://t.co/v7CzK0gKrJ

In November, the Los Angeles County District Attorney’s Office announced charges against nine individuals for allegedly paying homeless people to sign voter registration forms and ballot petitions. The defendants were “accused of engaging in the solicitation of hundreds of false and/or forged signatures,” stated a press release.

In October, the California Department of Motor Vehicles (DMV) reported that around 1,500 people including noncitizens were wrongly registered to vote through the state’s Motor Voter program during a five-month period.

Prior to that, the agency was found in September to have mishandled about 23,000 voters’ registration information, including giving people the wrong political party preference and sending nonqualified people’s information to the secretary of state.