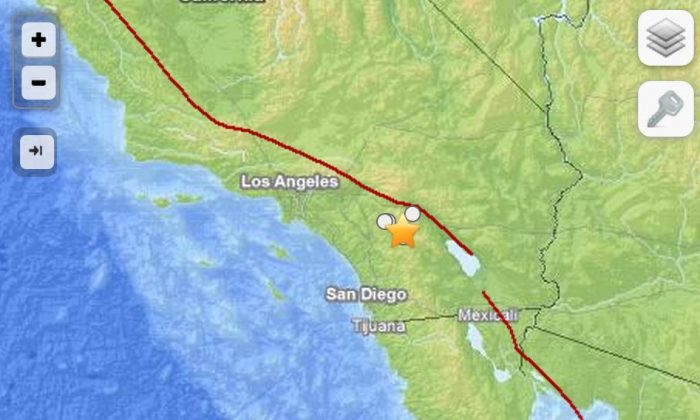 A screenshot of the USGS website shows the location of the earthquake, which hit near Anza, Calif.
US

A 3.5-magnitude earthquake shook Southern California on Friday, according to the U.S. Geological Survey.

The earthquake struck around 4 miles northwest from Anza, Calif., and 16 miles southwest of Palm Springs, the agency said.

“You know you are with California teachers when you feel an earthquake and they open up their ipads to check intensity. @palmspringsusa,” wrote user Chris Fancher.

“I love twitter, someone thinks they’re in an earthquake so they ask twitter instead of calling a friend or neighbor that lives near by,” another wrote.