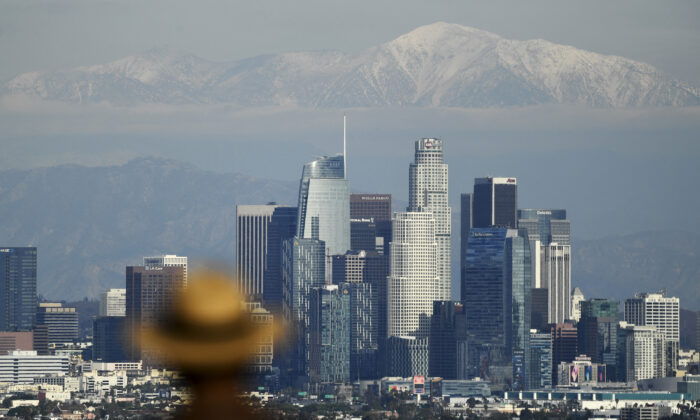 The year 2022 will be critical for California. Some possibilities:

The state budget. Early in January, Gov. Gavin Newsom will release his proposed budget for fiscal year 2022-23, which begins on July 1. Because governments run on money, the governor’s numbers will set the stage in 2022 for all discussions in all areas of state and local government.

The proposal will contain economic assumptions. There have been times—the late 1990s and mid-2000s most recently—where governors were too optimistic on revenue projections, which dried up in the heat of recessions. But beginning with Gov. Jerry Brown a decade ago, even good times have been downplayed in these budget numbers. Which makes sense. Better to expect less money than you might get than spend more than you might have.

Still, these are good times. The thing to look for is whether Newsom expects a possible recession in 2023, the second half of the budget. Chapman University’s forecast is anticipating that problem, which could end the recent surpluses real fast—and even turn them into deficits.

Ending COVID-19. Will the Omicron Variant turn out to be the concluding chapter of the pandemic, turning the virus into a version of the common cold? Or will there be new, more deadly variants? We should know by spring. But people do seem to be ready to move beyond the masks, lockdowns and even the vaccinations, including in California.

Much of this depends, as usual, more on politics than the “Science”—capital S. I suspect Democrats, eager for some good news heading toward the November elections, will want to proclaim Victory Over COVID. That was supposed to happen last July 4, but didn’t. This July 4 seems to be a good time to celebrate Independence from COVID Day.

Taming inflation. Inflation hits Californians harder because this state is already ludicrously expensive. But there may be good news. After rising above $2,000 an ounce in mid-2020, the price of gold has held steady throughout 2021 at about $1,800 an ounce. That’s an indication the recent inflation spikes should be under control in 2022. The massive infusions of money from the “recovery” programs and Federal Reserve printing appear to be over.

Sen. Joe Manchin, D-WV, has been thwarting the wildest spending on the so-called Build Back Better bill, with a compromise likely next year. Despite criticisms from The Squad and other left-wing Democrats, his actions have prevented much worse inflation, which hits the poor and middle-class the hardest, especially in California. Supply problems are also being ironed out.

Will California turn from one-party rule? An early indication of whether Republicans are ready for prime time again in this state will be the June 7 primary election. Due to the Top Two system, four years ago no Republican made the cut during the primary for U.S. Senator, lieutenant governor, and the non-partisan (supposedly) superintendent of public instruction. If Republicans avoid that fate, and advance candidates for all positions in November, they will have put themselves back in the ballgame.

A lot of this has to do with financing. If Democrats don’t have to spend to defeat Republican candidates for these positions, they can shift that money to other races or initiatives. But the state desperately needs competition on the ballot. One-party states don’t fare well.

Ballot initiatives. The initiative and referendum system has become so complex, usually involving extended court battles, the lineup for the Nov. 8 election won’t be settled until the fall. And only the legislature now can put initiatives on the June 7 primary ballot.

As usual, it looks like the people—or special interest groups—are taking up matters the legislature should resolve, but doesn’t, instead sloughing off solutions to the voters. Part-time legislature, anyone?

November gubernatorial election. The big question now is whether Republican Larry Elder runs again, and his party gets behind him. He easily won the “replacement” part of the September recall of Newsom, which was moot because No on Recall won with 62 percent, to 38 percent Yes. That’s the same percentage Newsom won with in 2018.

But Newsom probably won’t get that much this time around, whoever the Republican is. Elder ran only at the end of the recall and was picking up steam. Given a full election season, and the unpopularity of President Biden and national Democrats, he could do a lot better, maybe holding Newsom to 55 percent. It does seem difficult for Newsom to be toppled.

Other statewide races. A key will be how Republicans fare in the financial positions: controller, treasurer, and insurance commissioner. Tom McClintock, now as U.S. representative, nearly won controller twice despite almost no campaign treasury and tepid support from party leaders. Republicans’ reputation of favoring low taxes and limited spending goes a long way in these races, or used to. If they can pick off one or two of these slots, they will show they still can be players in the state.

Another key is the attorney general’s race. With crime rising, Republicans will be pushing that issue and might have a chance for this position.

U.S. House races. As I noted in a previous article, it’s going to be tough for Republicans to maintain their current 11 seats from California in the U.S. House of Representatives. But if there’s a national surge against incumbents of the party holding the presidency, as commonly occurs in these mid-term elections, the Democrats could lose some seats even in this state.

Will Latinos shift to the GOP? There are indications Latinos are starting to move, maybe just a little for now, to the Republicans. Even a shift of 5 percentage points in California would be a huge blow to the Democrats, especially in local races.

End of Democratic supermajorities in the Legislature? Democrats have pretty much had it their way in recent years in the legislature, enjoying 2/3-plus supermajorities. Ironically, that actually reduces their power, because it gives their Democratic governor the incentive, and the publicity, to say No to their excessive spending and taxing demands. If Republicans can claw back minorities of 1/3 or more in at least one house, they can thwart any tax increases—at least if they stick together and no defections occur.

Especially in the legislature, the state needs the discipline of two parties to tame the natural tendencies of the Democrats to tax and spend. If a recession occurs in 2023, that discipline will be needed more than ever.

New crime war. Republicans routinely now are blaming Democrats for the recent crime wave. Some Republicans remember how anti-crime platforms helped them in the 1980s and 90s, before crime started dropping, and Democrats like President Bill Clinton and Gov. Gray Davis became anti-crime.

San Francisco is so left-wing it likely won’t change. But Los Angeles is different because Latinos, who are almost a majority there, are anti-crime, one of the things attracting them to Republicans.

What to watch for: What Newsom does. He has presidential ambitions. If he “triangulates” to the right, to us a phrase from the Clinton era, and works for anti-crime measures, then Democrats in general will have a clue to move on anti-crime measures.

California dreamin’. It should be another fun year in the Golden State. See you at the beach.