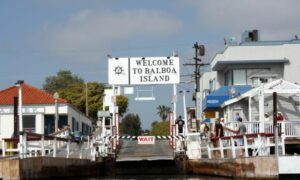 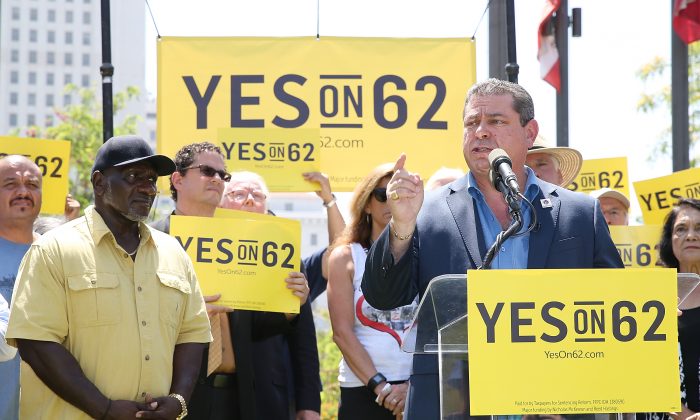 California Democratic Party (CDP) Chairman Eric Bauman announced on Nov. 26 that he will take a leave of absence until several investigations into sexual misconduct allegations against him are over. The allegations came through his deputy last week, leading to pressure from his party for him to step down.

The investigation was initiated after Daraka Larimore-Hall, the second vice-chair of the California Democratic Party, revealed multiple sexual misconduct allegations against Bauman in an email.

“During the weekend of the recent CDP Executive Board meeting, I was approached by a number of Party staff who confided in me their stories of sexual harassment and assault by Chairman Eric Bauman,” said Larimore-Hall in a statement to party members.

Larimore-Hall didn’t identify the victims or provide details about the allegations but mentioned that some of the victims are just starting their careers. In the statement, he also called for the removal of Bauman, whom he said didn’t respond to the resignation request.

“Obviously, it is completely unacceptable for Chairman Bauman to remain in office given these credible, corroborated, and utterly heart-breaking allegations,” said Larimore-Hall.

Ro Khana, a Democratic House Representative from Fremont, wrote on Twitter last Friday, Nov. 23, asking for a replacement shortly after the allegations were revealed.

The allegations of sexual assault that @DarakaKenric is filing against @EricBauman are shocking. CalDems should replace him with @mldauber who is one of the nation’s foremost scholars on sexual harassment & led the Persky recall campaign. We need a bold feminist to lead for 2020.

According to the Sacramento Bee, Bauman confirmed Nov. 24 in a statement that an “independent investigation of the allegations has been carried out” with the effort from “a respected outside investigator.”

However, he didn’t respond specifically to the sexual misconduct accusations against himself. “I look forward to putting these allegations behind us and moving forward as unified Democrats,” Bauman said in the statement.