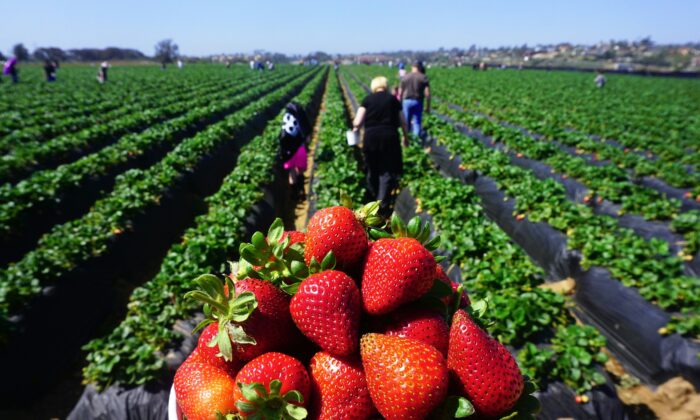 After six years of litigation and a Supreme Court ruling, California has acknowledged that a state law that allowed labor unions to trespass on private property to recruit workers was unconstitutional.

Commentators say the ruling is likely to have major repercussions for labor and property law well beyond agribusiness, which brought the litigation. The Cato Institute, which filed a friend-of-the-court brief in the case, called the high court ruling the “biggest Supreme Court win for property rights in a long, long time.”

On Sept. 1, the U.S. District Court for the Eastern District of California formally ruled that the state can’t enforce the union access rule without paying just compensation to the property owners for temporarily taking the use of their property away from them. Judge Dale Drozd endorsed a final stipulated judgment agreed to by the litigants.

The California rule, known as Title 8, Section 20900(e) of the California Code of Regulations, allowing labor organizers to disrupt businesses for hours every day for one-third of the year to recruit new members, was invalidated by the Supreme Court in a 6–3 vote. The ruling in the case, Cedar Point Nursery v. Hassid, came on June 23.

“The Supreme Court’s ruling in this case was a clear victory for property owners, and the district court has now solidified that win,” Wen Fa, an attorney at Pacific Legal Foundation, a public interest law firm headquartered in Sacramento that argued the case, said in a statement.

“Our clients, as well as every other agricultural business in the state, can now run their businesses without the threat of unions trespassing on their property and disrupting their workplaces.”

The California-based petitioners in the case were Cedar Point Nursery, a strawberry farm in Dorris, and Fowler Packing Co., in Fresno, which produces grapes and mandarin oranges. Together, they employ about 3,000 people. The lead respondent was Victoria Hassid, a Democrat, in her capacity as head of the California Agricultural Labor Relations Board.

After the Supreme Court’s decision was remanded to the district court, “counsel for the parties got together and decided that the best way to proceed is to propose a joint judgment for the court to enter,” Fa told The Epoch Times in a separate follow-up interview after the district court acted.

“The judgment gave petitioners what we wanted in our complaint and I think it was the necessary implication of the Supreme Court’s decision,” he said.

“Both parties agreed that there was really no room to litigate it further, and that there should just be a proposed stipulated judgment giving the plaintiffs what they had wanted in this case, and that’s what the parties did.”

“What that means in practice, is that the access regulation is unconstitutional for all agricultural businesses in California, so therefore, the union organizers cannot come on to the property of agricultural businesses for three hours per day, 120 days per year, and businesses will be permitted to engage in their productive use of their land, which is to grow crops and goods for Californians and for Americans.”

The regulation runs afoul of the U.S. Constitution’s takings clause, Fa said, because it “provides no mechanism for compensation,” but whether it could be made constitutional by adding such a mechanism is “an open question.”

“This case says nothing about the ability of union organizers to tell workers about what they believe to be the benefits of union membership and let workers make their own decisions,” Fa said.

“What this decision says is that they have no right to come on to the private property of agricultural businesses for the purpose of soliciting workers to join the union, [without] at the very least … providing just compensation.”

“There are many cases involving property rights that have filed notices about this case, saying that this affects other cases across country, other property rights,” Fa said.

According to Erin Mayo Adam, an assistant professor of political science at Hunter College–City University of New York, the ruling “is based in logic that could later be applied to a host of government regulations of businesses.”

“Cedar Point Nursery is consistent with … recent antilabor opinions and a sign” that the Supreme Court “is returning to an era characterized by judicial opinions that curtailed workers’ rights,” Adam wrote in an op-ed in The Washington Post in July.