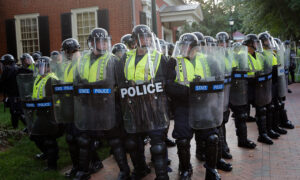 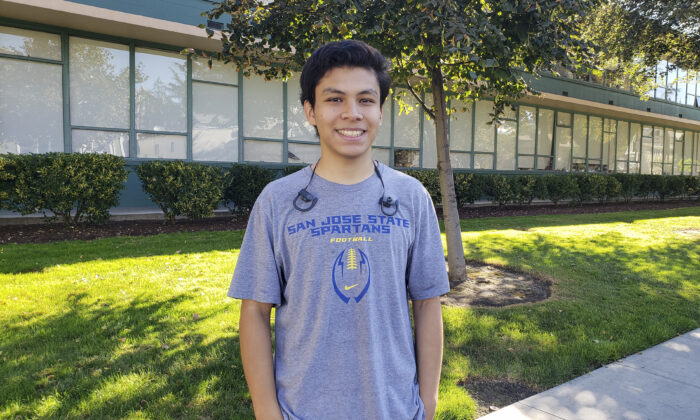 “Last year, I would have papers [and] I would leave them to do the last day, but right now I’ve been working on them ahead of time and finishing them early,” Sanchez told The Epoch Times. “There’s more free time. There’s nothing else to do. I can’t go out with friends and stuff, so I’ll just stay home and do homework instead.”

Sanchez has been taking advantage of Zoom online office hours with his professors and said he has had no problem communicating with them. But he misses the social aspect of going to class—“You don’t go to a classroom, see classmates, or hang out with friends in between classes. I think that’s where there’s a disconnect.”

He is currently taking six courses, all online. Many of SJSU’s undergraduate and general education courses are online, with a small number of labs, studios and graduate courses being offered in person.

“Most of the labs are in-person,” Hedavi S., a graduate student at SJSU, told The Epoch Times. She will be graduating in May 2021. She found distance learning harder and is glad she can attend some courses in person.

“You have to communicate with your project partners,” Hedavi said. She has found that more difficult from afar. “You don’t know the person, so if you’re talking face to face, then you feel [more] comfortable.”

She doesn’t like having to pay full tuition for classes while not using the school’s facilities as much. But she does like being able to watch recorded Zoom lectures repeatedly. Still, she said, “it’s not the same as in-class.”

“If you don’t understand, it doesn’t matter. You have other resources at the same time. You just open one more tab and then start learning,” he said.

Instead of being able to discuss matters, such as group project work, in class or easily between classes on campus, “We had to set up meetings for every small thing and get it done within that time limit.”

While that has been a hassle, it’s also been good for developing management skills, he said. “Being in business school, it actually helped me to manage the time much [more] efficiently now than before. So I see it as an improvement at this point.”

He likes the flexibility in timing that remote learning brings, but like Sekhar, doesn’t like paying full tuition for it.

“The full tuition is something that I really wouldn’t want to pay so much, because given that it’s all online, and you get to access a professor from anywhere in the world … I could be in India and do the same thing and not worry about the living expenses,” Sekhar said.

Maya Kuchan, a senior at Santa Clara University, told The Epoch Times professors have been accommodating with online learning, but with challenges such as internet connectivity, there are still flaws.

Another student at Santa Clara University, who preferred not to be named, told The Epoch Times that she tries going to the study spaces on campus whenever she can.

“I’m used to going to class, going to work, and going to the library to do all my homework. Now I do all of those things in the same spot,” she said. “So, it’s just weird. Not as fun.”

Other universities in Northern California have taken steps to reopen in a limited capacity.

The University of California–Berkeley announced a pilot program in which it will hold several classes outdoors from Oct. 26–Nov. 24. The pilot includes allowing music students to practice together outdoors, and students in field courses, such as grassland ecology, can work outdoors together. Some engineering and business classes will also be held outdoors.

Another benefit is that it will allow international students to attend some in-person meetings with their instructors to meet their visa requirements.

On Oct. 19, the University of California–Davis allowed its indoor dining commons to reopen with a maximum of 100 students inside at one time.

“A limited number of in-person classes [are allowed] and leadership is having discussions about next steps. We don’t have any further information at this time,” a UC–Davis spokesperson told The Epoch Times via email. Its Activities and Recreation Center is scheduled to reopen on Nov. 1.