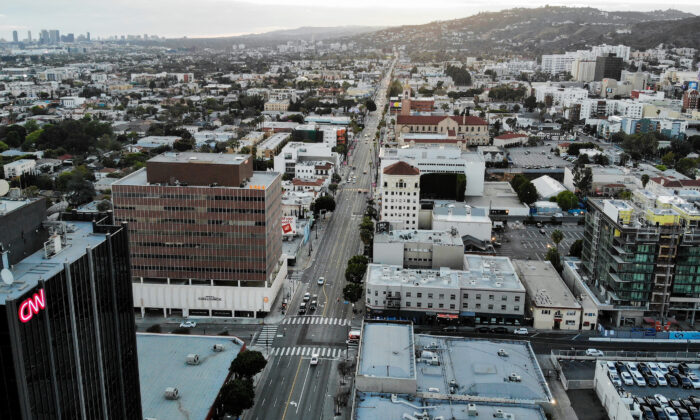 With so much else going on in politics lately, it’s worth it to return to the main obsession of California politicians during normal times: climate change. Some items:

My Aug. 12 article here was titled, “California Wildfire Greenhouse Gases Dwarfed by China’s.” A couple of weeks later, on September 3, the climate site Watts Up With That? confirmed this with an article, “23/25 Top GHG Emitting Cities are in Red China,” by David Middleton. Subtitle: “World’s Dirtiest Cities List Raises Issue: Why Don’t Politicians Call Out China?”

The first American city on the list was New York, at No. 26. Put another way, 23 Chinese cities each spews out more GHGs than the Big Apple, population 8 million.

Next: “Out of the top 75, just four other American cities are listed—San Diego, Houston, Chicago and Los Angeles—all of them ranked 41 or higher. In other words, the U.S.—including each of our major cities—is outperforming the world when it comes to emissions. … If there is a GHG emissions problem, it’s in Red China.”

Also, the United States has done more than any nation to cut greenhouse gases. But like the late comedian Rodney Dangerfield said, we “don’t get no respect.”

The worst Chinese city is Handan, emitting a choking 200 million metric tons of CO2 a year. According to the EPA’s Greenhouse Gas Equivalencies Calculator, that comes to 22.5 billion gallons of gasoline consumed. Or the electricity of 36.3 million homes for one year. Or 3.3 billion tree seedlings grown for 20 years.

By contrast, Los Angeles produced only about 25 million metric tons of CO2, 1/8th the amount of Handan.

The article, by the way, was based on a study conducted by three Chinese scientists from Guangzhou.

“The Bolt, the only EV that GM is selling in North America, has been ‘tied to at least nine fires’ since early 2020, and Hyundai’s vehicles were involved in about 15 fires. Meanwhile, three Tesla’s have burst into flames over the past four months. So far, 27 EV battery fires and still counting.”

He said it takes up to 40,000 more gallons of water to contain a Tesla blaze than for a gas-powered car catching on fire. The batteries burn extremely hot, and the chemicals coming from them are very dangerous.

I remember reporting 20 years ago about how California firefighters hated fighting electric car fires. The technology might be better today, but the fire danger has not been dampened.

“Fixing all 143,000 of the Bolts being recalled for fire risk to replace new battery modules could, as Morningstar analyst David Whiston told the Detroit Free Press, cost GM some $1.8 billion.”

Due to the fire hazard, Germany also recently banned electric vehicles from parking in underground garages.

For decades I’ve said the California Coastal Commission is the closest thing in America to a communist planning agency. It wields total control over all construction and building alterations along the coast. It’s unelected and accountable to no one. Its acronym, CCC, even looks similar to CCP, the Chinese Communist Party.

The report shamelessly exploits California’s, and the country’s, current racial difficulties: “Due to discriminatory land use policies and systemic racism, environmental justice communities often experience disproportionate environmental burdens and are more vulnerable to adverse impacts from a project. … This Guidance recommends considering the equitable distribution of burdens and benefits to environmental justice communities at all stages of adaptation planning.”

Of course, environmental problems strike the poor and minorities like everybody else. But it’s obvious the areas closest to the coast generally are the wealthier ones, such as any city with “beach” in the name.

A $6 million beach house in Newport Beach would be swamped a lot faster than a $600,000 bungalow in Compton. And wouldn’t the CCC allowing more housing developments increase the supply, therefore reducing the cost of housing for everybody, especially the poor?

The high price of housing in California is due in large part to the CCC’s massive restriction on development. Reduced supply means higher prices. It’s Economics 101.