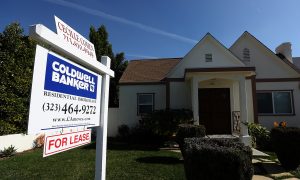 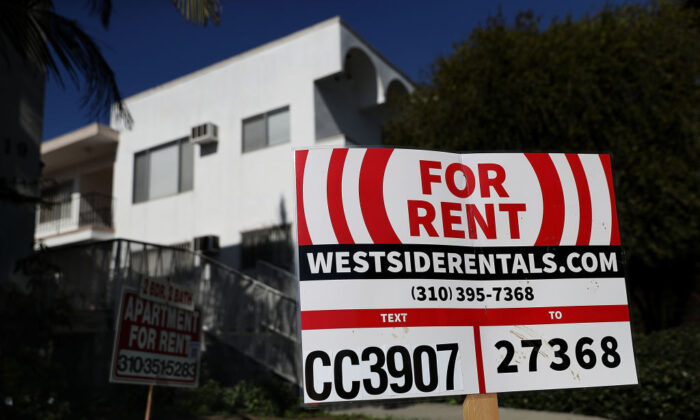 A 'For Rent' sign is posted in front of an apartment building in Los Angeles on Feb. 1, 2017. (Justin Sullivan/Getty Images)
Southern California

California’s eviction moratorium for renters is set to expire June 30, but some cities and counties are passing emergency ordinances to extend the prohibition on evictions.

The San Francisco Board of Supervisors on June 7 extended the city and county’s moratorium on evictions until September. Its ordinance seeks to extend the renter protection from evictions, non-payments of rent, and late fees.

“This is a time of tremendous need,” San Francisco Supervisor Dean Preston said during the meeting. “The ordinance before us is an emergency ordinance to prohibit non-payment evictions for San Francisco tenants facing COVID-related hardships.”

Meanwhile, the San Diego County Board of Supervisors on May 4 voted in favor of rent control regulations and the prohibition of evictions for all rental units beginning June 3 and lasting for 60 days.

“The urgent need of assistance for these families that are facing eviction and possible homelessness … is critical for our communities.” Supervisor Nora Vargas said on May 4. “Although our region has adopted a moratorium, there’s still not enough protections for our tenants, and there’s been over 900 evictions since the start of this pandemic.

“This action is buying us a little bit of time so that we can avoid larger housing problems, including the need to address homelessness. … This is not about pitting landlords and tenants against each other, this is really about showing a little compassion and doing the right thing.”

A resident that has lived with her family in a San Diego home for 14 years spoke in support of the prohibition of evictions after being asked by her landlord to leave.

She said the property manager gave her family a 60-day notice and told them he could receive more money out of the property than the family was paying.

Conversely, a San Diego property manager spoke in opposition to the agenda item, arguing that there are tenants who don’t follow apartment regulations and ignore agency notices.

The board of supervisors passed the ordinance in a 3–2 vote.

As the state’s renter protection moratorium is set to end, some rental housing providers are pleading with lawmakers to not extend the prohibition on evictions.

The California Apartment Association (CAA) is leading a grassroots effort to urge lawmakers to reject an eviction moratorium extension.

“I beg you to please end this … moratorium this June 30,” a housing provider wrote to lawmakers in a statement. “I have three separate tenants that are working and obviously not affected by the COVID situation but decided to take advantage and decided not to pay their rents. This has to end.”

The CAA also challenged San Diego County’s newly adopted eviction moratorium in a lawsuit on May 28. The first hearing was on June 3 and a ruling is expected on June 10.

The emergency ordinances came months after the state passed SB91 on Jan. 29 to extend the eviction moratorium law to the end of June. Although under the moratorium renters can’t be evicted, they still must pay 25 percent of their monthly rent.