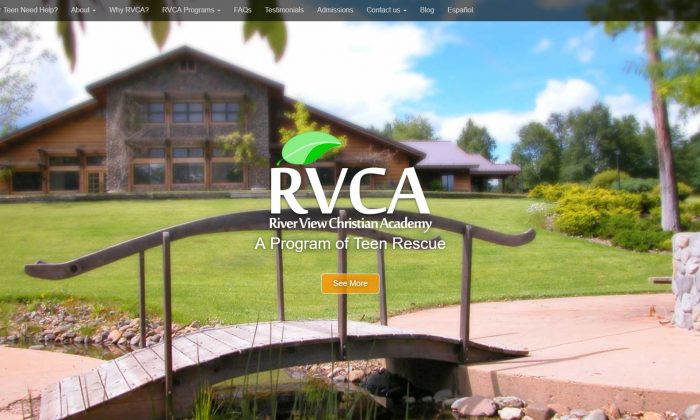 A private Christian boarding school in Northern California may be forced to shut its doors after the state filed a lawsuit to close the facility, a move that defenders of the school say is ideologically motivated.

River View Christian Academy (RVCA), a school in Shasta County for troubled teens, is run by the nonprofit Teen Rescue; the school has been in operation since 1993.

On Jan. 18, RVCA was the scene of a raid by California Highway Patrol officers, along with canine units and social workers. The state allegedly had evidence that school staff were storing guns and illegal drugs. Nothing was found.

“The State Department of Social Services relied upon an article from a left-wing tabloid from 10 years ago that accused the school of outrageous things that were simply not true,” Brad Dacus, founder of the Pacific Justice Institute, a legal defense group that is representing RVCA, told The Epoch Times.

“And instead of sending an investigator to look into the matter, or simply ignoring it like they should have, the state sent in 16 state troopers, two canine units, and 17 social workers in a raid to examine everything and everyone. It was very inhumane, not only for the staff, but also for the students.”

The controversy surrounding RVCA began in 2018, when BuzzFeed News published an article detailing allegations made against the school by former students and staff members.

The central claim of the article was that the school punished students for saying they were gay or bisexual. Other claims were that staff “restricted students’ communication with parents, took kids off antidepressants cold turkey, prohibited girls from speaking for days or weeks at a time, failed to report abuse, and disciplined students for attempting to kill themselves.”

The school denies all allegations of abuse, calling them “disgraceful.”

Regarding its treatment of LGBT students, the school said that while it doesn’t normally admit teens if they say they are gay, it doesn’t punish students if they do express that they are homosexual.

“RVCA does not conduct conversion therapy. In fact, we do not provide any kind of therapy. We also do not give punishment for sexual preference,” the school’s website states.

The school says that in order to keep students focused on education, no sexual relationships between students, whether they are same-sex or not, are allowed.

After the January raid, the state began imposing fines on RVCA for operating as an unlicensed community care facility.

River View has always operated as a private school, filing an annual affidavit with the California Department of Education. However, state attorneys argued that because of recent legislation, and because the school controls every aspect of student’s lives, and requirements for graduation are based on behavior and not academics, the school must file as a community care facility.

School officials have refused, saying that to follow the requirements laid out for a community care facility, the school would have to give up its religious beliefs. Consequently, the state attorney’s office filed a lawsuit, seeking to shut down RVCA.

“This requirement effectively guts the ability for this school to be a Christian boarding school by compelling them to comply with the state regulatory mandates allowing students to engage in sexual relationships with the same sex and opposite sex without any interference by the school,” Dacus said. “This also would allow students to engage in all kinds of spiritual exploration, irrespective of the fact that this is a Christian boarding school [and the] parents put their kids there for that reason.”

Dacus said he believes the state is targeting RVCA for ideological reasons.

“The clear motivation here by the Department of Social Services is to shut down this school because they do not like the Christian biblical worldview taught to these kids; it’s that plain and simple,” he said. “They are ruthless in their desperation to shut down every Christian boarding school in the state of California. And there are very few left.”

Dacus said the Department of Social Services should be “ashamed.”

“They should be ashamed of themselves. What they are doing is despicable, has no credibility, and is a sham on the whole concept of what their agency is supposed to be doing,” he said. “We [at the Pacific Justice Institute] believe in the rights of the school to legally be a Christian boarding school and function as a Christian boarding school, as well as the rights of parents to have the final say in the education of their children.”

The Pacific Justice Institute filed a lawsuit on behalf of the school in mid-March, but the lawsuit was dismissed by a judge after the state argued that it needed to go through the administrative process. Then, after the Pacific Justice Institute filed an appeal, the state abandoned the administrative process and filed the suit to shut down RVCA, which the school is currently fighting.