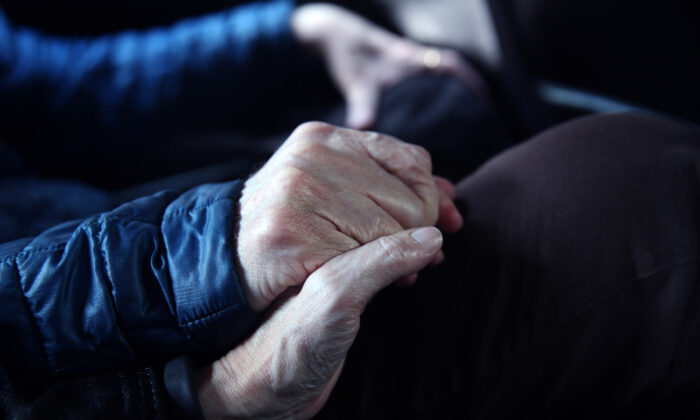 A federal district court in California has ruled that doctors in the state who object to assisted suicide cannot be forced to take part in the procedure.

U.S. District Judge Fernando Aenlle-Rocha for the Central District of California, an appointee of former President Donald Trump, ruled on Sept. 2 that a state law that took effect in January likely violates the First Amendment rights of doctors by requiring them to take part in physician-assisted suicide. He granted a preliminary injunction barring the state from compelling health care providers to document a patient’s request for life-ending medication.

The decision comes in a federal lawsuit a group of Christian doctors filed against the state of California in February seeking to halt enforcement of the law, California Senate Bill 380, which is a piece of legislation that amends the End of Life Option Act, the 2015 law that legalized assisted suicide in California.

The original 2015 law allowed a patient to receive drugs to end their life if two doctors certify that the patient has six or fewer months to live and is mentally competent to make the decision, and if the patient has verbally requested the life-ending drugs on two occasions at least 15 days apart, as well as later providing a written request and confirming their intention to die by signing a form 48 hours before self-ingesting the life-ending drugs.

SB 380 allowed patients to make the two verbal requests for the life-ending drugs at least 48 hours apart—that is, 2 days instead of 15 days—and eliminated the written request and the final attestation.

The Christian Medical and Dental Associations (CMDA) and Dr. Leslee Cochrane—who is a member of CMDA and a California-licensed physician who joined the lawsuit—sued the state in February. More than 90 percent of CMDA members “would rather stop practicing medicine than be forced to participate in assisted suicide or other practices in violation of their consciences,” the complaint reads.

At issue was the legislation’s requirement that a doctor is required to document the patient’s request for the life-ending drugs in the patient’s medical record. The required documentation involves the patient’s date of request, and also the doctor’s own objection to the request. The objecting doctor is also required by law to “transfer the records of that first oral request to a second physician upon the patient’s request.” Plaintiffs argued that these requirements under SB 380 constitute forcing doctors—some of whom object to assisted suicide—to take part in the procedure.

They argued that doctors who do not comply with the documentation requirement under SB 380 are not protected from civil, criminal, and regulatory liability, and therefore face viewpoint discrimination.

Aenlle-Rocha noted in his ruling on Sept. 2: “The ultimate outcome of this requirement is that non-participating providers are compelled to participate in the Act through this documentation requirement, despite their objections to assisted suicide.”

The judge wrote that the Christian doctors “have demonstrated they are likely to suffer a violation of a constitutional right absent an injunction,” and have established that “they are likely to succeed on their Free Speech claim” because the documentation requirement under SB 380 “exceeds merely managing medical records—it imposes an affirmative documentation requirement.”

Kevin Theriot, an attorney from Alliance Defending Freedom, a conservative Christian legal nonprofit, said on Sept. 6 the group is pleased by the ruling. “Our clients seek to live out their faith in their medical practice, and that includes valuing every human life entrusted to their care. Participating in physician-assisted suicide very clearly would violate their consciences.”

Attorney General Rob Bonta’s office told The Epoch Times it is reviewing the decision as of Sept. 7.

Update: This article has been updated to include a comment from the California Attorney General’s office.