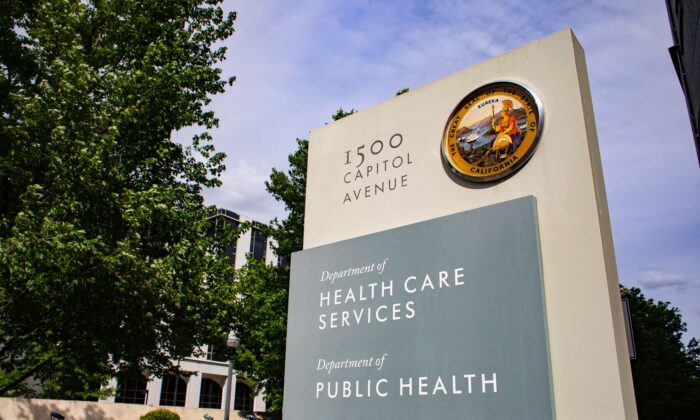 SACRAMENTO—A proposed bill that the author said would protect women against criminal prosecution following the death of their baby due to self-induced abortion, miscarriage, or other causes was approved, by a vote of 11–3, by an Assembly committee on April 19.

“As parents experience traumatic situations, they should be supported as they mourn, not criminalized,” said bill author Buffy Wicks (D-Oakland) during the Assembly’s Health Committee hearing. “No person should have to endure persecution as they grieve a tragic loss that has happened during their pregnancy.”

The bill, Assembly Bill (AB) 2223, would remove the accountability of a mother responsible for “miscarriage, stillbirth, abortion, or perinatal death” of a baby, according to the bill’s text.

The bill covers what’s known as the perinatal time of pregnancy, which is generally between 22 weeks of pregnancy and seven days after birth, according to the bill analysis.

Wicks said during the hearing that perinatal deaths, as outlined in her bill, would be limited to a “pregnancy-related cause.”

Existing law requires a coroner to investigate the death of an unborn or newborn baby—after 20 weeks of pregnancy—resulting from “suspected self-induced or criminal abortion,” according to the bill. Except for legal abortions, the coroner must record the conditions and causes of death, which can be used to support a criminal prosecution.

However, the bill, if signed into law, would remove the coroner’s right to investigate and determine deaths following a self-induced abortion and would prohibit using coroner’s statements on death certificates to prosecute cases.

Wicks highlighted California women Adora Perez and Chelsea Becker who were imprisoned in 2018 and 2019, respectively, after the loss of their unborn children due to drug use during pregnancy.

“To protect people’s reproductive freedom and decision making, AB 2223 will help ensure that no one faces the same trauma,” Wicks said.

Hundreds lined up to speak against the bill claiming it would legalize infanticide.

Hundreds more gathered on the state Capitol steps building to protest it.

About a half-dozen spoke in support of the bill.

One California OB-GYN and member of the California Future of Abortion Council argued that the medical community can’t always pinpoint specific causes of fetal and infant deaths.

“If the medical community cannot identify the reason for a perinatal loss, why would we expect that the justice system can?” Selina Sandavol said. “People who experienced pregnancy loss are often experiencing pain, disbelief, and grief, and within this emotional toll now they are forced to fear persecution.”

Dr. Sarah Roberts, a professor in the Department of Obstetrics Gynecology and Reproductive Sciences at the University of California–San Francisco, also spoke in favor of the bill.

Roberts said a study she conducted in the mid-2000s found many pregnant and postpartum women who used alcohol and drugs during their pregnancies feared losing custody of their child.

Mothers didn’t go to the doctors while they were using drugs to avoid medical professionals from involving social services either during their pregnancy or after, Roberts said.

“These fears are warranted given how often healthcare providers report birthing people,” she said.

Others, however, begged for the bill to be defeated.

“We’re talking about in a sense legalizing murder, because nobody can investigate. … Nobody can determine how this child died,” said Jack Hibbs, a Chino Hills pastor, who also identified himself as a “survivor of abortion.”

“AB 2223 would not prevent authorities from being able to investigate the facts of a newborn child’s death, including whether the child was born living and when and how the child died,” she said. “The bill would only prevent further criminal investigation of the pregnant person in the event that the death was determined to have a pregnancy-related cause.”

Dr. Vance Wong, a 31-year OB-GYN in Sacramento claimed that when he first read the bill, he thought it was about preventing the prosecution of pregnant women who unexpectedly lose their baby before birth but was in “shock and horror” to realize otherwise.

“If a gentleman gets his partner pregnant and causes her to lose a pregnancy through an act of violence … he will claim [in] court that [they] can’t prosecute [him],” Wong said.

The bill will now move forward in the legislative process and will next be heard in the Assembly’s appropriations committee.