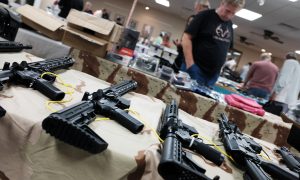 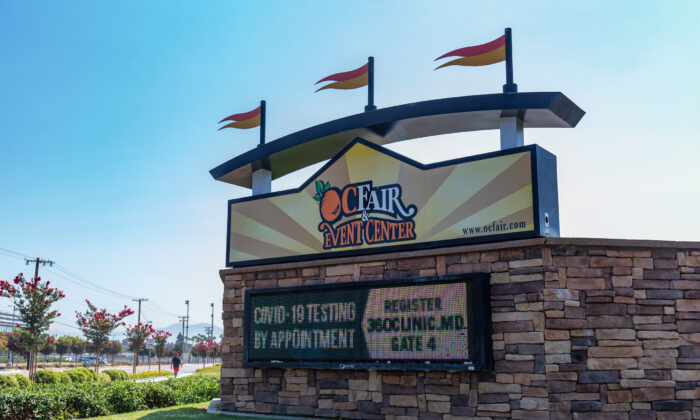 A California Senate bill that seeks to end the sale of firearms and ammunition on state property, including county fairgrounds, passed in the California state senate June 2.

The vote came just days before the Crossroads of the West Gun Show was set to be held June 4 through June 6 at the Orange County Fairgrounds in Costa Mesa.

The Orange County Fairground Center board previously issued a statement saying Crossroads of the West has held gun shows at the facility for more than 30 years without incident.

“Gun shows remain legal in the State of California,” the statement said. “Crossroads of the West must follow all state and federal regulations that apply to the sale and trade of a firearm, including a 10-day cooling-off period and background checks. Many of the vendors at this event are family-owned and operated businesses.”

“Study after study shows that the presence of more guns equals more gun violence,” Min told The Epoch Times via email. “My bill will not only eliminate the sale of guns on state property but also target ghost guns, which are do-it-yourself guns that are more widely available and untraceable.”

Min added that his bill would effectively end gun shows hosted on any state property.

“While the Second Amendment protects the rights of individuals to bear arms, it does not require our state to use taxpayer-owned property to disseminate more deadly firearms into our communities,” he said.

When asked why he thought this bill would make a difference compared to the many gun laws California already imposes, Min said that state gun laws have already saved many lives, and this would add to that.

“California’s enacted laws cannot prevent all shootings, but they can and have saved thousands of lives. SB 264 will ensure that the state is not profiting from the sale of firearms, ammunition, and ghost guns on state property or facilitating gun shows that could undermine California’s strong firearm regulations.”

Orange County’s District 3 supervisor said in a previous interview with The Epoch Times that banning guns wasn’t the answer.

“There is to my mind very little legitimate science or study behind the idea that gun shows are in particular a source of some of the tragedies that we have seen around the country in the last few years,” Supervisor Don Wagner told The Epoch Times on Feb. 11. “I think it is just sort of a mindless ‘guns are bad and let’s ban them when we can’ approach.

Given its 29-9 approval vote in the senate, the bill will head over to the house assembly and if approved, will make its way to the governor’s desk where he can sign it into law or veto it.