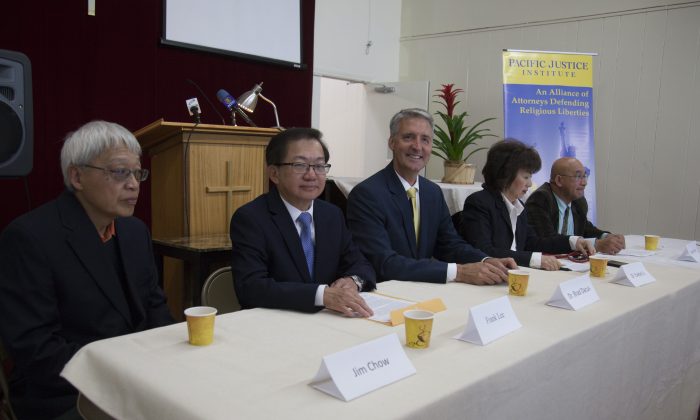 A new bill, which aims to ban counseling resources for those with unwanted same-sex attractions or gender confusion, is scheduled to move to the California State Senate as early as Aug. 6.

First Amendment groups and pro-family groups throughout California are voicing opposition to the bill as they believe it would violate their rights and values. The bill, called AB 2943, declares that “advertising, offering for sale, or selling services constituting sexual orientation change efforts to an individual” is illegal under the state’s consumer fraud law. The bill was initiated by Assemblyman Evan Low (D-San Jose), chair of the California Legislative LGBT Caucus, and passed by the State Assembly on April 19 this year with a 50-18 vote.

“This bill, if passed, will violate the First Amendment’s free exercise clause, free speech clause, freedom of association, as well as privacy rights of individuals who are giving counseling or receiving counseling with regards to sexual orientations or gender identity issues,” said Brad Dacus, president and founder of the Pacific Justice Institute (PJI), in an interview.

PJI is a nonprofit legal defense organization specializing in the defense of religious freedom, parental rights, and other civil liberties. PJI is one of a number of organizations that intend to challenge the bill as unconstitutional.

The bill, if passed by the State Senate and made into law, will shut down any counseling or activities meant to assist people who have homosexual attraction, gender identity confusion, or gender identity dysphoria, but don’t want those feelings or dysphoria. The bill makes it impossible for these people in the state of California to legally get the counseling that they want or that they feel is necessary for them.

“This bill is a blatant violation of individual rights of self-determination, which is so fundamental to the concept of free society,” Dacus said.

“This bill even prohibits a religious minister to hold a conference on sexual purity if he encourages the attendees to avoid homosexual behavior,” said Frank Lee, chairman of the Bay Area Advisory Board of PJI.

Besides the issue of counseling services, concerns have also been raised about how the bill would regulate written materials, videos, CDs, and so on.

“The First Amendment rights not only protect the rights to speak, but also the rights to hear and receive information,” Lee said, citing the 1969 Supreme Court case Stanley v. Georgia. Lee added that if the bill is passed, “even books written to help people struggling with unwanted same-sex attraction or gender identity confusion will be banned.”

“This is really directly hitting at our First Amendment rights as American citizens,” Republican Assemblyman Travis Allen told One America News Network after the assembly passed the bill in April, “Now the Democrat legislators in … the California state legislature, they want to tell you how to think, what sort of books that you can read, write, and purchase.”

This isn’t the first time the California state legislature has faced criticism in recent years for challenging the First Amendment and traditional family values.

In May 2015, California passed AB 775, which requires family and pregnancy service providers to inform their clients about abortion services. The bill was signed by Governor Jerry Brown and became law in California in October 2015. Last month, the U.S. Supreme Court rebuked AB 775 as a violation of the First Amendment.