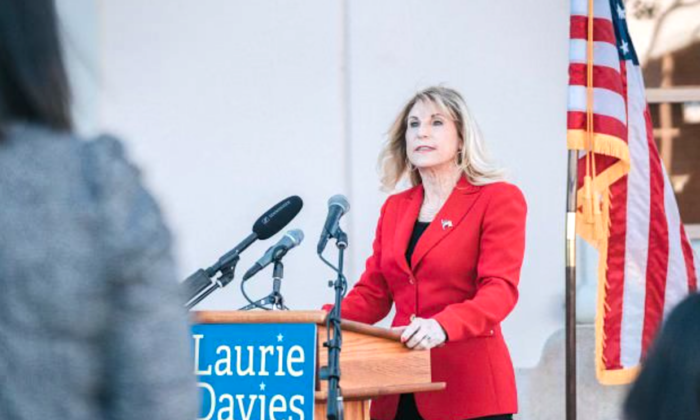 Californians applying for welfare would no longer receive blocked calls from social services under a new state bill.

Assembly Bill 94, introduced earlier this month by Assemblywoman Laurie Davies (R-Laguna Niguel), would require a county social services program, such as Calfresh or CalWORKs, to display a telephone number or name identifier, rather than a masked number that appears as “Blocked” or “Private.”

When representatives from the county call an applicant from a blocked number, they may mistake it for a scam and not answer, missing their appointment, and being denied, Davies told The Epoch Times.

“It really is a vicious and deceptive cycle,” she said.

Social services make such calls, currently, because it is easier and cheaper than using a call back number, according to Davies.

Applicants for such welfare programs are told not to pick up blocked calls to avoid being scammed, Kevin Aslanian, executive director of the legal aid nonprofit Coalition of California Welfare Rights—one of the bill’s sponsors—told The Epoch Times.

Aslanian said he helps many immigrants and refugees receive such benefits and informs them not to pick up calls with no identifier to avoid being scammed by those who target such groups.

He said many of his clients are given a time-frame from social service providers of when the interviewer will call.

But when they receive the call from a blocked number, they don’t pick up, are denied, and must start the application process over, Aslanian said.

“If the government’s going to call you, they should identify who they are,” he said. “That’s just transparency.”

Christopher Sanchez, a policy advocate for the Western Center on Law and Poverty legal group, which is also sponsoring the bill, told The Epoch Times the legislation would allow those who need such benefits to get them faster.

“If you prolong them from being able to access food benefits,” for instance, then you “continue to allow them to go hungry,” he said.

It is scheduled to be heard in committee on Feb. 9.

Jack Bradley
Jack Bradley is a daily news reporter for The Epoch Times based in Southern California.