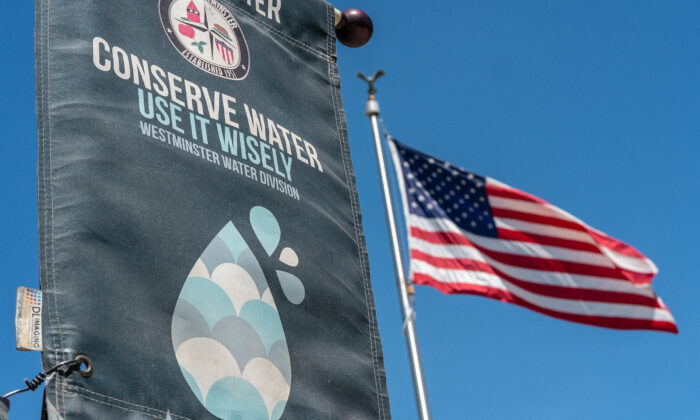 SACRAMENTO—New water restrictions will soon be in place after the State Water Resources Control Board unanimously voted May 24 to ban the watering of ornamental grass in commercial, industrial, and institutional sectors.

The ban would not include “watering turf that is used for recreation or other community purposes, water used at residences or water to maintain trees,” according to the agency.

The emergency regulations (pdf) also require local agencies to implement restrictions on water use to address a potential 20 percent shortage in water supplies due to extremely dry weather.

“California is facing a drought crisis and every local water agency and Californian needs to step up on conservation efforts,” Gov. Gavin Newsom said in a statement on Tuesday.

The ban will go into effect after the Office of Administrative Law approves the regulation, which typically occurs within 10 days, according to the water board. The requirements for water suppliers would take effect on June 10.

It comes as other mandatory conservation efforts by local agencies are already underway, including by the Metropolitan Water District (MWD) last month. The Metropolitan agency will begin restricting outdoor water usage June 1 to one day a week, including the hand-watering of trees.

“I am hopeful the measures enacted by the State Water Board will lead to a reduction of water use across the state. These conservation measures are increasingly important as we enter the summer months. I’m asking all Californians to step up, because every single drop counts,” Newsom said.

Most of California’s annual rain and snow falls between January and March, but officials said this year, those months were the driest in nearly a century.

Some in the agricultural sector are skeptical of the state’s move to cut back on water and say the current drought is a result of mismanaged water.

“We cannot conserve our way into water abundance because we did not waste our way into any water shortages to begin with,” Kristi Diener, farmer and founder of the California Water for Food and People Movement told The Epoch Times. “Californians have already saved 34 percent statewide over the last decade. If water rationing was meaningful, why are we still short and where is that extra water?”

State regulations require a certain amount of fresh water to be sent from the San Joaquin River to the Delta and eventually the Pacific Ocean as “unimpaired flows” each year to improve the habitat of the Delta Smelt fish and other wildlife.

According to the Public Policy Institute of California, water is shared across three main categories: 50 percent environmental, 40 percent agricultural, and 10 percent urban.

“Environmental water use falls into four categories: water in rivers protected as ‘wild and scenic’ under federal and state laws, water required for maintaining habitat within streams, water that supports wetlands within wildlife preserves, and water needed to maintain water quality for agricultural and urban use,” the policy institute noted.