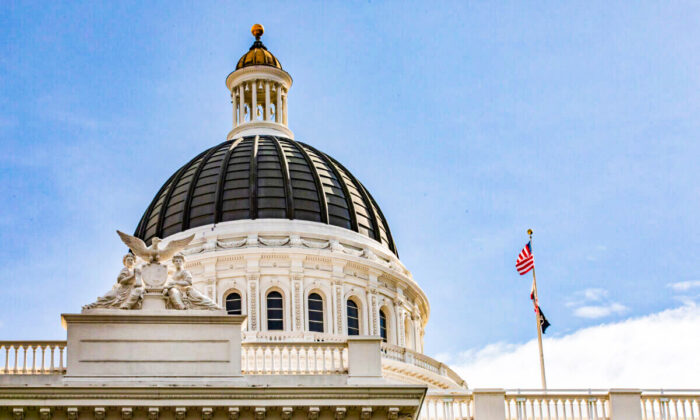 California desperately needs two-party competition. Democrats have held every state office since 2011—and but for a single year in the Assembly, 1996, they have wielded majorities in both houses of the Legislature for 50 years, with supermajorities in recent years. One-party rule is not democracy.

To try to get back in the game, Assembly Republicans on Dec. 5, the start of the new legislative session, released a new “California Promise” legislative package with 28 points. Minority leader James Gallagher (R-Yuba City) said the solutions are “desperately needed to address a number of the state’s biggest issues. Republicans are here in Sacramento to make something abundantly clear: We can have a California that is affordable to live in, safe for our families and where our kids get the best education.”

He said the Democrats “can either stand in the way of progress, or they can join us to help better the lives of millions of Californians. Republicans are the party of innovative solutions, and we’re ready to act on Day One.”

The first problem is the California Promise is clogged with 28 points, at least 10 too many. Newt Gingrich’s 1994 “Contract With America,” which helped catapult Republicans into a majority in the U.S. House of Representatives for the first time in four decades, included only 10 points. People also are familiar with a 10-point plan because of the 10 Commandments.

But a three-point plan would be even better, each point hammered home.

A plan with 28 points is just too complicated for a party trying to climb out of super-minority status, with just 17 members in the Assembly out of 80, down from 19 in the last session. And with nine in the Senate, holding steady, out of 40.

I’ll review the best 10 on the list, each with a direct appeal to voting Californians.

1. Gas tax. Repeal it. A no-brainer. This would save California drivers 54 cents a gallon at the pump. Unfortunately, it’s only a one-year suspension. And the Republicans add another plank, allowing the governor to suspend it “due to hardship on low-income and middle-class families.” They should keep it simple. Permanent repeal.

I wish they also would have advanced the proposal I’ve been making for a decade to cut the sales tax half a cent, benefitting everybody.

2. Income taxes. Increase the renters’ tax credit, which currently goes only to the very poor. Being a renter, I’m really for this one. Homeowners get a mortgage deduction. Why shouldn’t renters get something similar? Better: Make all rent deductible from state taxes up to $150,000 in income.

3. Housing and homeless. They push three ideas, none that great. Nothing about reforming the California Environmental Quality Act. Their best idea is banning homeless encampments within 500 feet of schools. The other ideas are providing a property tax bonus to cities that provide more housing. That’s too much micro-management. The other idea is redirecting money to regional shelters for the homeless.

5. Crime. Increase penalties for the sale, possession for sale and transportation of fentanyl. I don’t want a new “war on drugs,” but something has to be done when kids are dropping dead by the thousands, often from taking a single, first dose.

7. Education. Expand technical education. Most kids really don’t need to go to college. Training in a high-paying technical field, such as welding or tool-and-die, is much better than running up $100,000 in debt for a useless degree in CRT-soaked psychology or sociology.

8. Water. Expedite judicial review of water projects. The Republicans bring up CEQA reform here, properly, as they should have for housing, as I mentioned above.

10. Wildfires. Accurately include wildfire emissions among state CO2 reports. In The Epoch Times in October, I reported on a study by UCLA and University of Chicago researchers, “Wildfires Canceled California’s CO2 Gains.” If this were better known, the state would be more inclined to prioritize reducing wildfires through undergrounding, instead of following such chimeras as ending the sale of all gas-powered cars by 2035.

In sum, the Republicans have come up with some mostly decent ideas. But they need to remember Thoreau’s admonition: “Our life is frittered away by detail. Simplify, simplify, simplify! I say, let your affairs be as two or three, and not a hundred or a thousand; instead of a million count half a dozen, and keep your accounts on your thumb-nail.”

Especially when there are only 19 GOP assemblymembers out of 80.