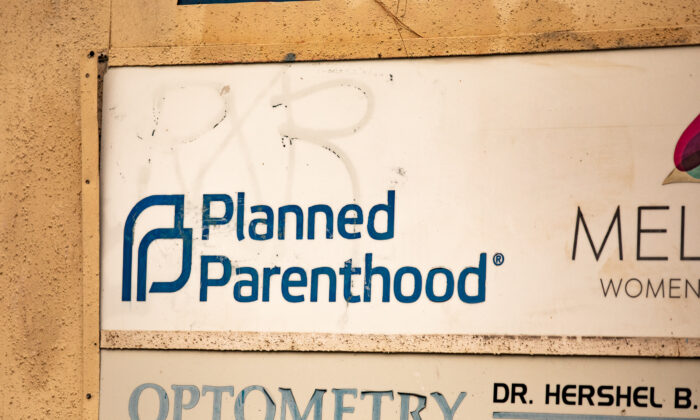 SACRAMENTO—A proposed bill to bar criminal prosecution into the suspicious death of an unborn or newborn baby was passed by a state assembly committee on April 5.

Buffy Wicks (D-Oakland) introduced Assembly Bill (AB) 2223 to prevent pregnant women from being prosecuted for either terminating a pregnancy or losing their baby, she said during an April 5 Judiciary Committee meeting.

“AB 2223 is intended to protect against the criminalization of pregnancy outcomes, and people should not be subject to prosecution for any tragic situation that may happen during the pregnancy,” Wicks said.

The bill would prohibit holding a person—the mother or a health care provider—responsible for “miscarriage, stillbirth, or abortion, or perinatal death” of a baby based on “their actions or omissions” related to the pregnancy, according to the state legislative information website.

Although the bill doesn’t give a precise definition of “perinatal,” it commonly entails the time frame between 22 weeks of pregnancy and seven days after birth, according to the committee’s bill analysis.

Existing law requires a county coroner to investigate the death of an unborn or newborn baby—after 20 weeks into pregnancy—resulting from “suspected self-induced or criminal abortion,” according to the bill. Except for legal abortions, the coroner must record the conditions and causes of such death on a death certificate, which can be used to establish or support a criminal prosecution.

Under this proposed bill, the coroner would no longer be required to investigate such deaths, and it would be prohibited to use the coroner’s statement on a death certificate for prosecution in such cases.

Samantha Lee, an attorney at National Advocates for Pregnant Women, spoke in favor of Wick’s bill while telling a story about one of her clients who was held in jail for over a year from November 2019 to March 2021 after experiencing a pregnancy loss.

Lee’s client Chelsea Becker faced first-degree murder charges following the stillbirth death of her baby while she was addicted to methamphetamine.

Upon being arrested, Becker lost custody of her son, who was later adopted following the drop of her criminal charges in May 2021, Lee explained while reading Becker’s written statement urging lawmakers to vote in favor of the proposed bill.

“If the hospital had never involved law enforcement due to this stillbirth happening, I would still have custody of my son,” Lee read from Becker’s statement.

Meanwhile, hundreds of opponents appeared in person or called into the committee to express their concerns.

Susan Arnall, California attorney and vice president of Legal Affairs at Right to Life League—the first pro-life organization in the United States—warned lawmakers of the details of the bill that would allow intentional “murders” of infants to evade criminal investigation.

She said the bill would be “blocking the use of coroner’s investigation and findings into a baby’s death in any criminal or civil action and against any person, not just the mother, but anyone who was involved in any way,” she warns.

She went on to explain how the bill prohibits coroners from releasing information regarding “perinatal” deaths—the death of an infant before or after birth.

Americans United for Life warned about the lack of definition for “perinatal” that can “legalize child abandonment” immediately following the birth or shortly after.

“If a child is found in a dumpster can law enforcement investigate the child’s death? Probably not under AB 2223,” the organization wrote in a statement to the legislature.

While many begged lawmakers to not approve the bill, the vote to advance the proposed legislation prevailed.

AB 2223 was referred to the Health Committee for another hearing at a later date.