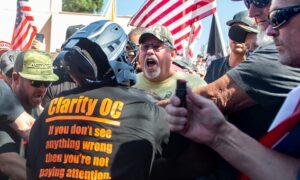 SB 834 requires that the State Lands Commision and a local trustee will not enter into any new lease, lease renewal, or extension, as well as modification if it involves new construction of oil-and-gas-related infrastructure within states waters and is related to Outer Continental Shelf (OCS) leases issued after Jan. 1, 2018. And AB 1775 prohibits any new lease, lease renewal, extension, or modification in the Sanctuary that leads to an increase of oil or natural gas production from federal waters.

According to the law, state waters are defined as areas starting from the state’s coastline and extend 3 miles toward the ocean, while federal waters are areas beyond that 3-mile boundary. Since the bills prohibit new leases within state waters for new construction of oil- and gas-related infrastructure, such as pipelines, which is the most common method to transport crude oil, supporters of the bills believe it will make it more difficult for the federal government to implement new offshore oil drilling along the California coast.

Currently, there are 38 active leases in the Pacific OCS Region and all of them are along the California coast. And there has been no new lease in federal waters since 1984. In January, U.S. Secretary of the Interior Ryan Zinke announced a draft National OCS Program that makes over 90 percent of the total OCS acreage available for future exploration and development. Proposing the largest number of lease sales in U.S. history, the program has a total of 47 potential leases including six leases off California coast.

“By proposing to open up nearly the entire OCS for potential oil and gas exploration, the United States can advance the goal of moving from aspiring for energy independence to attaining energy dominance,” Counselor for Energy Policy at Interior Vincent DeVito said in a statement. “This decision could bring unprecedented access to America’s extensive offshore oil and gas resources and allows us to better compete with other oil-rich nations.”

The California State Lands Commission (SLC) was granted jurisdiction to oversee and manage the leasing of oil and gas from offshore state lands in 1938. And no new offshore oil and gas leases have been approved by SLC since 1969—the year a major offshore oil spill happened near Santa Barbara. The incident was caused by an inadequate protective wellpipe casing, which led to more than 80,000 barrels of crude oil released into the ocean resulting in 35 miles of coastline oiled and killed thousands of animals. Worrying about potential environmental impacts and consequences of new drilling, many California lawmakers oppose the federal government’s expansion plan.

“Additional offshore oil and gas development in California poses a serious risk of oil spills, jeopardizing our air and water quality, as well as our marine resources and wildlife, including threatened species,” said Sen. Hannah Beth Jackson (D-19th District), who authored SB 834. “Expanded offshore oil and gas production also directly threatens the health of California’s ocean-based economy, which produces approximately $44.5 billion in GDP each year, and employs almost half a million people in the state.”