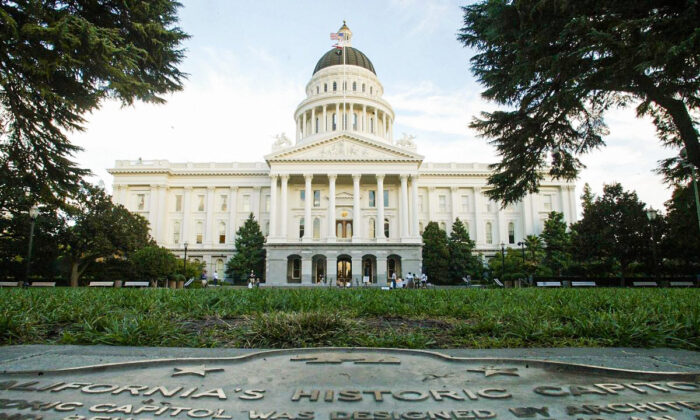 Most states have a June 30 fiscal year end. After the books are closed, the independent outside Certified Public Accountants come in and audit the books. This task is usually completed no later than the month of December and is released to the public.

For the fiscal year ended June 30, 2021, the state of South Carolina already has its audited financial statements up on their website for residents to read and review. Its Annual Comprehensive Financial Report was issued on Nov. 12, 2021.

South Carolina’s June 30, 2020 Comprehensive Annual Financial Report (pdf) was released on Nov. 13, 2020. There was big news in this report as well, dropping them down to 25th place—the middle of the pack—with an unrestricted net deficit per capita of $786. It dropped from 13th place in the prior year at a negative per capita of $386. But, you’ll have to wait for the details for one awkward reason.

The annual audit for the state of California for the year ended June 30, 2020, has not been released yet by the State Controller. It’s one year late! It’s the only state in the Union that has not issued its audited financial statements! And the stakeholders, who had an unrestricted net deficit per capita of $5,274 for the year ended June 30, 2019, should know how their investment in the Golden State is doing. Especially when our state is nearly seven to fourteen times in worse shape than South Carolina!

When a publicly traded corporation is late in issuing its audited financial statements, it’s usually a red flag that something is amiss. If the excuse doesn’t hold water, investors may need to unload their shares before even worse news is released.

For California’s State Controller’s Office, no explanation is given on her website for this delay. At least I couldn’t find it where is should have been provided.

Organizations that read these state documents and issue annual reports based on their contents have had to do so without California’s actual information. These analyses are usually issued in September of the following year. One very reputable organization, Truth in Accounting, released their report (pdf) three months ago with this stern admonition:

Twenty-nine states took more than 180 days to make their annual financial reports public, while 21 states produced the reports prior to the deadline. No state issued its annual report within 130 days. The least timely states were California (which has not released its FY 2020 report), Iowa (which has only released a preliminary FY 2020 report), Illinois (408 days), Arizona (400 days), and Nevada (325 days).

California is a national embarrassment. The current State Controller, Betty Yee, will be finishing her second term next year. It’s unfortunate that one very clear indicator of the job she is doing is very disappointing. Truth in Accounting goes on:

It is crucial for citizens to have their government’s financial information in a timely manner. As of August 31, 2020, California and Iowa have yet to release their FY 2020 annual financial report. Due to California’s tardiness, we were unable to include the newest data in this report and were forced to rely on FY 2019 information. We were able to use Iowa’s preliminary, unaudited report with FY 2020 information. Most corporate financial reports are issued within 45 days of their respective fiscal year ends.

This month, an article appeared in Forbes Magazine, titled “California Is The Only State To Hide Its Spending—Nearly $300 Billion A Year,” adding to the unique dismal state of affairs of California’s elected Controller.

The tragedy is that this is not the first year California has been tardy. The excuse for being delinquent with the June 2019 was reported (pdf) to the Municipal Securities Rulemaking Board (MSRB). It was rather lame, blaming “a delay by a significant number of state departments in providing financial information to the State Controller” for its tardiness.

But where is this year’s excuse?

California was also criticized last year by The Bond Buyer, a trade publication that monitors municipal bond issuers around the country. It looks like the distinction of being last has become old news and was not covered by this publication this year. At least not yet.

California is the home of Silicon Valley, the high-tech capital of the nation. And Sacramento, just a few miles away, can’t get its general ledger software act together.

Not having the financial statements issued before the Legislature signs off on the annual state budget by June 15 is unconscionable. Now it looks like the balance sheet for California may not be issued before the Jan. 10 deadline for Governor Newsom to release his proposed budget. This accounting negligence should a big digital disaster and a disappointment for the Governor.

What is the State Controller hiding? Were the CARES Act funds mismanaged or misapplied? Did the beginning of the COVID-19 lockdown increase the unrestricted net deficit by such a severe amount that California is once again in last place with the largest deficit in the United States?

Or has the Golden State become captive to a software acquisition, known as Fi$Cal, that can’t seem to handle double-entry accounting? This vendor has already been paid more than $1 billion, and we can’t see what California’s balance sheet looks like?

We’ve got to be done with just shaking our heads in disbelief. Someone needs to take charge of this situation in Sacramento. And it doesn’t look like it’s our elected Controller. If the state of California had a Chief Operating Officer, perhaps this nonsense would not be occurring.

How can we hold elected leaders accountable if they don’t provide residents with basic financial information? Let’s hope the State Controller can release the June 30, 2021 audit well before most of the other states and finish better in her final year of office.