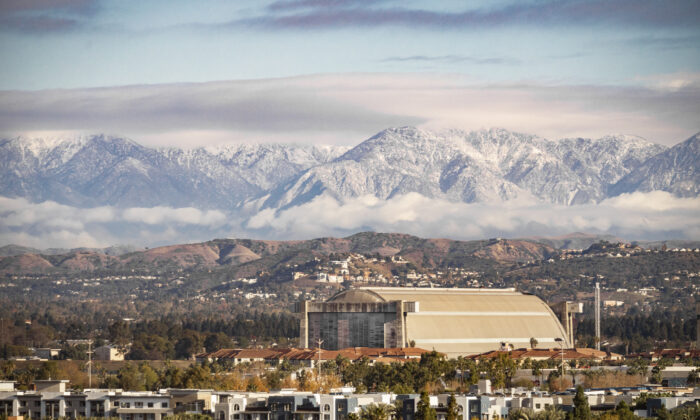 Despite the problems, this was a pretty good year for California. Here’s a review.

Surviving COVID. January 2021 began with the continued resurgence of COVID-19, mainly the Delta Variant. It soared to more than 100,000 new cases a day in the state, before dropping quickly in March. Fall saw a smaller rise in cases. Yours truly got a mild case in mid-November.

Another surge is occurring now, but of the Omicron Variant, which is much more contagious, but seems to be milder. The doom and gloom that descended on the country in early 2020 lifted in mid-2021 and does not seem to be returning, despite the Omicron scare.

Economic resurgence. The state’s economy roared back with a massive recovery, led as usual in recent decades by Silicon Valley. The top companies in the world by market capitalization are: Apple, $2.9 trillion. Microsoft (big presence in Silicon Valley), $2.7 trillion. Alphabet/Google, $1.9 trillion.

The negative is many smaller companies are heading to Texas, Florida, and other low-tax states to avoid the immense expense of living in California. But for top computer companies and hot-shot programmers, to adapt the old “Beverly Hillbillies” theme song: “The Valley is the place you ought to be.”

Budget surplus. As I detailed in my previous article, the state is expected to enjoy a $31 billion budget surplus this coming fiscal year, 2022-23. That’s on top of the $47 billion of the previous year. Silicon Valley profits = a geyser of extra tax revenues.

I think they could spend the extra revenues more wisely. But if you recall the pain of the years of $40 billion deficits, such as 2001 or 2009, any surplus is great.

Parental awareness. By keeping kids at home, COVID opened parents’ eyes to what really was in the schools’ curriculums. This was most dramatically seen in Virginia for its November gubernatorial election. Former Gov. Terry McAuliffe told parents they had no business poking into what was going on in their kids’ classrooms. Voters ditched him.

After Gov. Gavin Newsom signed a law mandating divisive “ethnic studies” courses (instead of something sensible such as more classes in foreign languages), parents started revolting. The Epoch Times reported on Oct. 7, “Parents opposed to critical race theory (CRT) in California classrooms are outraged over accusations from school boards that criticism of ethnic studies curriculums based on CRT and other neo-Marxist ideologies is akin to domestic terrorism.”

Recalls are tough. In September, Gov. Gavin Newsom defeated an attempted recall by the same margin he won his election to the job in 2018. With the economy booming and COVID at that time receding, voters apparently didn’t want to replace him. He also rallied his strong Democratic alliance: the public-employee unions, Silicon Valley billionaires, and party faithful still mad at Donald Trump. The current low poll numbers for President Biden were just starting.

Exodus continues. California’s population declined by 173,000 in the year prior to July 1, 2021, or 0.44 percent. The total was down to 39.37 million. It’s hard to believe people still aren’t flocking to this beautiful state. But if you can’t afford to live here, you won’t.

Crime spree. Crime soared for the second year, mainly in cities with liberal district attorneys and mayors, such as Los Angeles and San Francisco. Things got so bad with murders and “smash and grab” gang robberies, on Dec. 15 even left-wing San Francisco Mayor London Breed announced a crackdown.

“It’s time the reign of criminals who are destroying our city, it is time for it to come to an end,” she said. “And it comes to an end when we take the steps to more aggressive with law enforcement. More aggressive with the changes in our policies and less tolerate of all the [expletive] that has destroyed our city.”

Losing a seat. For now, Rep. Nancy Pelosi (D-San Francisco) remains House Speaker. But the population stagnation meant the state lost one seat from her Golden State House delegation, down from 53 to 52 after the 2020 U.S. Census tally.

Housing prices sky high. I’m reminded of a Yogi Berra-ism about a restaurant: “Nobody goes there anymore. It’s too crowded.” Housing prices in California rose 20 percent in 2021, much faster in some areas. The statewide median price actually dropped a whopping 2 percent in November from October, to $782,480.

Given the high expense, with rents rising an equivalent amount, it’s surprising millions aren’t leaving every month. Maybe the desire has declined for South Dakota blizzards.

Inflation returns. Higher prices hit almost everything else, too: meat, eggs, gasoline, lumber. Pumping all that extra “stimulus” money into the economy also pumped up inflation. Snarled supply lines led to ships sailing in circles off the Long Beach and Los Angeles ports.

The 1970s were back. What next? Will John Travolta star in a remake of the 1977 disco movie “Saturday Night Fever,” this time winning the dance contest at the Brooklyn Senior Center?