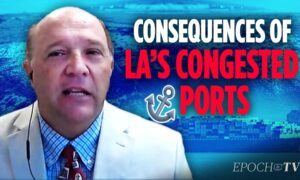 Last week, the Fraser Institute’s publication of my research study, “The Cost of Raising Children,” generated considerable interest in the media. Shortly after the paper was released, I had many requests for interviews. In general, the various reporters and journalists I spoke to did a decent job of transmitting the main ideas in the paper. However, there remain some wildly incorrect views about what I said, so I want to take a moment to provide clarification.

The paper begins with a critical review of the various ways in which economists and others have measured the cost of children. Almost all of these methods attempt to extract the children’s “portion” of family spending using what I (and other critics) argue are unsupported and often heroic assumptions. I conclude that the most reliable way to establish the cost of raising a child is to use a budget standard approach–essentially a listing of the various items (and their cost) that parents plan to spend on their child that they would not otherwise spend.

Every parent will spend differently on their child. Even parents at the same income level will spend differently. Why? Because each family’s situation is unique. Some parents have substantial debt and that will constrain spending on themselves and their children. Some parents’ jobs may be less secure and that will affect their spending. Some may be divorced and have second families to help support. And the style of parenting (traditional or permissive) will also affect the amount that a family is prepared to spend on their children.

So, the amount that parents will spend on their children is a complex mix of all of these (and other) factors and is clearly not a simple, predictable percentage of their income.

However, all parents must at least cover the basic needs of their child and that amount can be estimated within a fairly narrow range. My estimate of that amount, between $3,000 and $4,500, was drawn from calculations done by Health Canada (Nutritious Food Basket) and a prominent social agency helping lower income families with budgeting on the full range of necessities.

The same rationale applies to housing. Children live in the housing their parents have already acquired with 72 per cent of parents with children owning their own home. Except for some additional operating costs (like hot water and supplies), it would be hard to justify attaching part of the mortgage and property taxes to the child. These are costs to the parents and their parental lifestyle. In measuring the cost of a child, we need to examine those costs that parents would not already have. While there may be cases where parents incur extra costs because they choose to move to a larger home to accommodate an additional child, not all families raising children incur this cost.

Similarly, the special needs of a disabled child and the expenses related to hockey camps or private schools would not be relevant to all or even most families. Every family will have its own “cost of a child” that is related to its own situation. We just can’t predict how much they will spend.

Families are generally left free to decide how to raise their children and how much to spend. And families at all income levels have successfully raised children and continue to do so. Most of us will know friends and colleagues who were raised in lower income families. The amount you spend on your child is not the measure of the quality of your parenting. It would be a shame if we discourage prospective parents by insisting that it costs $12,000 to $15,000 (or more) per year to raise a child.

Chris Sarlo is a senior fellow with the Fraser Institute and a professor of economics at Nipissing University in North Bay, Ontario.