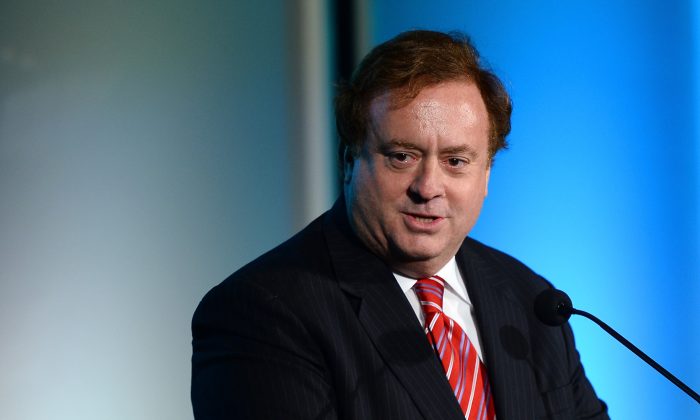 LAS VEGAS—Caesars Entertainment Corp. says it will buy an affiliate as it tries to smooth the reorganization of a struggling division and balance its debt load.

The Las Vegas casino giant says the merger with Caesars Acquisition Co. will give it $1.7 billion in cash it needs to guarantee loans in a proposed bankruptcy deal it’s pitched to creditors of its debt-heavy operating division.

The announcement follows news Friday that the corporation had a signed plan with some of its Caesars Entertainment Operating Co. creditors to file for bankruptcy by mid-January and reorganize its finances without visitors to its hotel-casinos noticing a difference.

A financial analyst says it’s another step in an effort to appeal to creditors to avoid a lengthy bankruptcy.

Creditors have criticized the corporation in the past for stripping assets away from the operating arm to other divisions.

Earlier this year, Caesars Acquisition had bought three Las Vegas Strip properties and one in New Orleans — Bally’s, The Cromwell and The Quad (later renamed The Linq Hotel & Casino) as well as Harrah’s New Orleans — for $1.8 billion from Caesars Entertainment Operating Co. It left the operating division with a single Las Vegas Strip property — the flagship Caesars Palace — and fewer sources of revenue in the face of increasing debt.

Creditors have called it “looting” by the Caesars Entertainment Corp. in at least one lawsuit filed late last month in Delaware.

Fitch Ratings financial analyst Alex Bumazhny said Monday’s move gives some teeth to the company’s guarantees to offer cash and back new deals with creditors, as it shops around its pre-packaged bankruptcy plan to get out from under $18.4 billion in debt by ridding itself of about $10 billion of it.

Without the merger, the corporation wouldn’t have access to the acquisition division’s cash, he said.

The bankruptcy plan is also contingent on there being no more lawsuits against the company.

Bumazhny said Caesars had sweetened its pitch to creditors based on the terms of the proposed bankruptcy plan released Friday. While hurdles remain, the plan “has a better shot of getting done,” he said.

Chairman and CEO Gary Loveman says the maneuver will result in a simpler and more straightforward corporate structure.

Caesars Entertainment Operating Co. received a default notice earlier this month, although it disagreed that a default had occurred. Caesars has been in discussions with creditors since September to lower its debt.

The new company will have $1.7 billion in cash and operate its casino-hotels including Planet Hollywood and online gambling through its World Series of Poker brand.

Shares of Caesars Entertainment Corp. rose $1.51 Monday to close at $15.