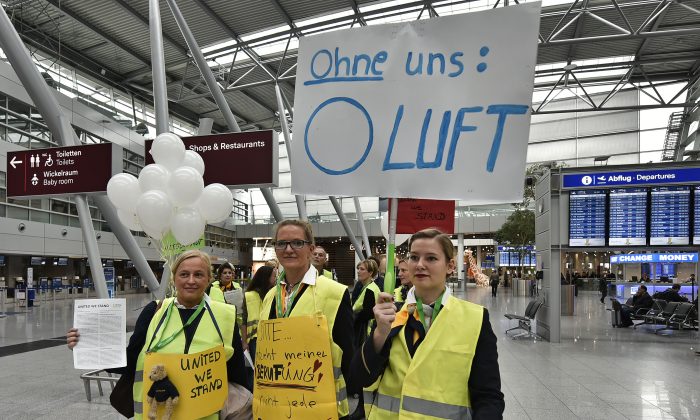 BERLIN—Cabin crew at Lufthansa are staging a second day of strikes, forcing the German airline to cancel some 520 short- and medium-haul flights.

The UFO union called members working on Airbus A320 and Boeing 737 planes at Lufthansa’s main Frankfurt hub out on strike for 17 hours starting at 6 a.m. Saturday, along with cabin crew based in Duesseldorf.

UFO embarked Friday on walkouts that are expected to continue for a week, rotating around different airports, though no strikes are planned on Sunday.

The union wants to secure transition payments for its 19,000 members if they retire early as part of its contract dispute with the airline, which is trying to cut costs.