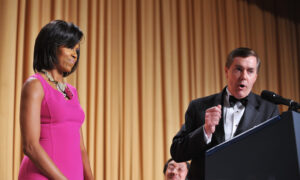 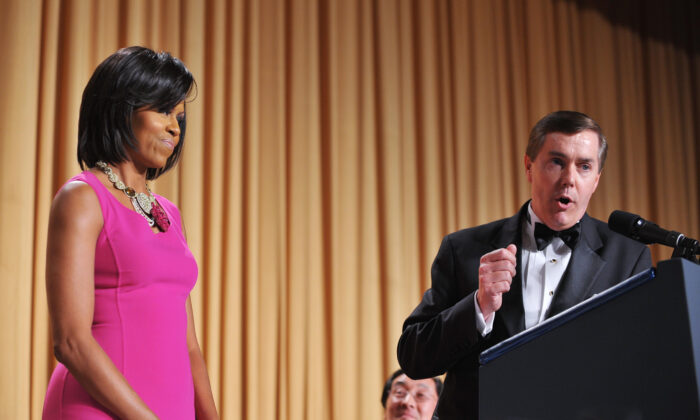 Steve Scully of C-SPAN, right, speaks during the White House Correspondents Association dinner as then-First Lady Michelle Obama listens, at the Washington Hilton hotel in Washington on May 9, 2009. (Mandel Ngan/AFP via Getty Images)
US News

The C-SPAN anchor who was suspended last year after lying about being hacked is returning to the network this week.

C-SPAN said Scully made the network aware of the information and “understands that he made a serious mistake.” But it said he would remain with the network, asserting he “has built a reservoir of goodwill” during his 30 years there.

“After some distance from this episode, we believe in his ability to continue to contribute to C-SPAN,” it added.

In a new statement, C-SPAN said executives view what happened last year as “a singular episode” in an otherwise successful career.

“And while it was appropriate in October for Steve to be immediately relieved of his duties leading our 2020 election coverage, we reiterate our belief that now, having completed a three-month administrative leave, he can continue to contribute to CSPAN’s mission,” it added.

Scully will host two radio programs for C-SPAN and produce for its television shows. There’s not a set date for him to return to the role he was in before being placed on leave, as an on-air anchor.

C-SPAN says it’s a public service created by the American Cable Television Industry. The network provides cameras inside congressional sessions and for other events at the U.S. Capitol and the White House. It says its live streams and segments provide the public with information that does not include “editing, commentary, or analysis,” and “with a balanced presentation of points of view.”