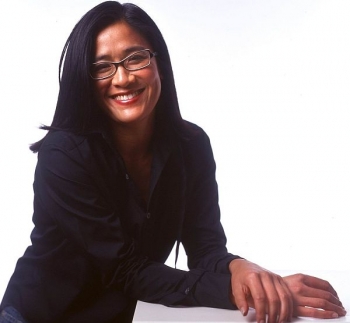 By Shar Adams
Print
Byron Bay is known as a place with a particularly unique style, so it is no surprise that its annual writers festival should be carving out a similar name.

"The Byron Bay Writers Festival (BBWF) is different from other big city festivals in that we are not an international festival at our core," says Festival Director Jenni Caffin. "We celebrate Australian writing and Australian writers are very much centre stage at the festival."

This year's festival, July 25–27, as it has been in the past, has a carefully considered selection of Australian writers.

Established writers include Venero Armano, "a prolific writer and well known, and a great favourite of festivals"; Judy Nunn, Home and Away star and now "mass market fiction writer"; Debra Adelaide, "one of the hottest names in literature" and Max Barry, "better known in America, sold huge numbers overseas", Jenni explains with the enthusiasm and passion of a literary devotee.

"He [Seymour] is now showing he is not just an accomplished lyricist – he is a damn fine book writer – so we are thrilled with him," said Jenni.

There are also rising star authors, she explains, such as Steve Toltz, the favourite this year.

"One of the most prolific writers in Australia is Steve Tolz," Jenni said. "Fraction of the Whole is the book on everyone's lips at the moment."

This year, the media will also be profiled, but there will be a slightly different focus.

"They are going much deeper into the fabric and the process of writing, so it will be a lot more about books this year rather than about journalism," said Jenni.

Senior journalist with The Australian George Megalogenis, Sydney Morning Herald  journalist Annabel Crabbe and media analyst and author Margaret Simons are just some of the speakers. A forum on the power of the blog with the guest journalists will be worth catching, says Jenni.

While you may also catch the chief executive of World Vision Tim Costello, film-maker Bruce Beresford and children's author Morris Gleitzman at any one of the many events, the Australian mix is not the only dimension to this year's festival.

The Byron Bay Writers Festival is also sister to a writer's festival in Ubud, Bali, and will feature a number of prominent writers from the Asia–Pacific region, including award-winning Singaporean Cyril Wong ("such a powerful poet"), Sri Lanka's actress, playwright, artist and poet Manuka Wijesinghe ("flamboyantly beautiful") and Hong Kong's "inimitable" Nury Vittachi.

"We do have a responsibility to enable emerging Indonesian, Asian, Indian, Sri Lankan to be heard by Australian audiences," Jenni explains, "and at the same time we are establishing a corridor for Australian writers, for their voices and their work, to travel back to other countries."

All this, she says, is what makes the Byron Bay Writers Festival unique.

"You will find young and established, Asian and Australian, all kinds of people mixed together," she said, "and it is there, when you mix the writers together, that's when the magic happens and when the electricity can fly."