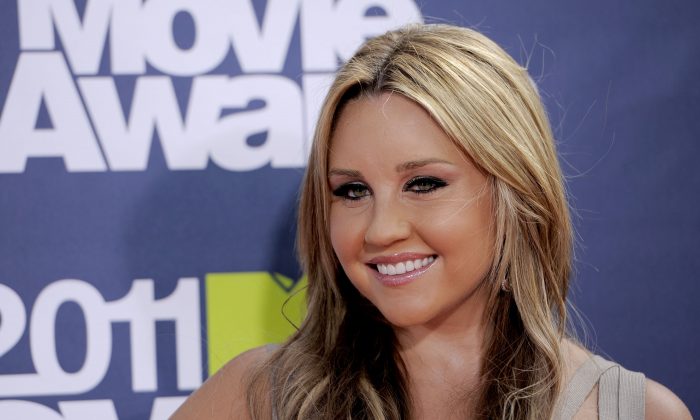 In this June 5, 2011 file photo, Amanda Bynes arrives at the MTV Movie Awards, in Los Angeles. Internal Affairs officers on Saturday, May 25, 2013 were looking into allegations made by actress Amanda Bynes that New York Police Department officers sexually assaulted her when she was arrested for heaving a marijuana bong out the window of her 36th-floor Manhattan apartment Thursday night. (AP Photo/Chris Pizzello, File)
Entertainment

Bynes: I’m Suing Everybody, Including NYPD and Apartment Complex

Bynes: “I’m suing everybody:” Actress Amanda Bynes said on Twitter that in response to her claimed false arrest, she will be suing the New York Police Department.

Bynes was recently arrested for allegedly smoking in her apartment complex then heaving a bong out of her window.

Bynes said she’ll be suing the NYPD for:

-“Lying about drugs on me.”

-“Lying about me tempering with non existent drug paraphernalia.”

She’ll also be suing “for being put into a mental hospital against my will, then locked up overnight for coming home after a facial and working out with my trainer like the good girl that I am.”

Bynes said she’s allergic to alcohol and drugs so she doesn’t partake in them.

She said she’s going to sue her apartment complex for lying about her smoking in the building.

She concluded: “I’m free forever! You can’t lock up an innocent person! Thanks for caring! Look forward to seeing me in music videos! I’m getting in shape and getting a nose job! I’m looking forward to a long and wonderful career as a singer/rapper!”