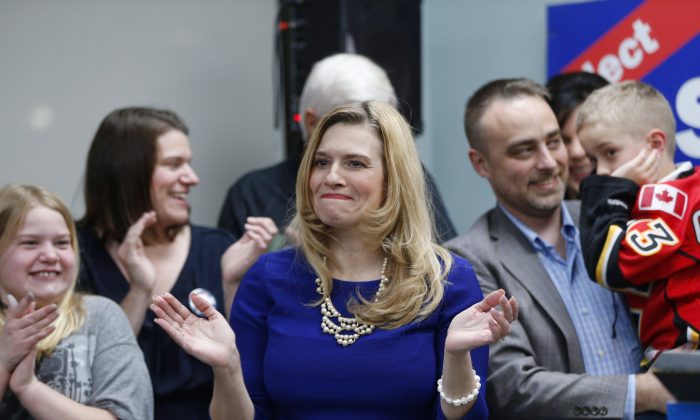 OTTAWA—The April 3 byelection results mean more than just fresh faces for the House of Commons: one observer says they represent a generational shift on Parliament Hill.

The five new Ottawa-bound MPs—two Conservatives and three Liberals—replace a group of politicians with a profound depth of experience, including four former cabinet ministers and a former prime minister.

It is rare to see such a dramatic turnover of legislative experience, says Duane Bratt, a political science professor at Mount Royal University in Calgary.

The change illustrates shifts in political Ottawa and a degree of evolution taking place inside both the Liberal and Conservative camps, Bratt added, noting it is an opportunity to bring in some new blood.

“That’s the more interesting element than the actual result,” he said in an interview. “They’re going to have some time to get their feet wet.”

Monday’s byelections—two in Alberta, two in Ontario and one in Quebec—contained no surprises and did not change the seat counts in the House of Commons.

They’re actually a different generation and that signals, I think, the rising power of young Canadians as a voting group of millennials.
— Abacus Data CEO David Coletto

“The takeaway is they were all relatively safe seats and they were retained by their parties,” said Carleton University political science professor Jonathan Malloy.

“Byelections can sometimes be good bellwethers for political trends, but in this case we had four quite high-profile people retire from politics with all relatively safe seats and the death of one MP in one of the safest Liberal seats of all (Ottawa-Vanier.)”

Toronto-area ridings such as Ng’s Markham-Thornhill could be interesting battlegrounds between the Liberals and the Conservatives in the next election, said University of Ottawa political science professor Pierre Martel, but he said a lot of uncertainty exists now for the Tories due to the lack of a permanent leader.

The electorate likely preferred to support a “known quantity”—the Liberals—in that riding during the byelection, he said, adding filling McCallum’s shoes was quite an undertaking for the party. There was criticism from Liberal hopefuls who questioned the fairness of Ng’s nomination.

There is also a political takeaway for the NDP and its leadership race in the byelection results, said Abacus Data CEO David Coletto.

Coletto said it is difficult to project too far ahead for the Conservatives without also thinking about its leadership race, but noted the Calgary byelections indicate the party does not have to shore up its support in Alberta.

Both Kusie and Benzen claimed sweeping victories with more than 70 percent of the vote in their respective ridings.

Generational change ushered in during the byelection also goes beyond old guard being replaced with new guard, he said.

“The new guard is actually younger,” he said. “They’re actually a different generation and that signals, I think, the rising power of young Canadians as a voting group of millennials.”