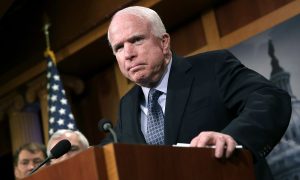 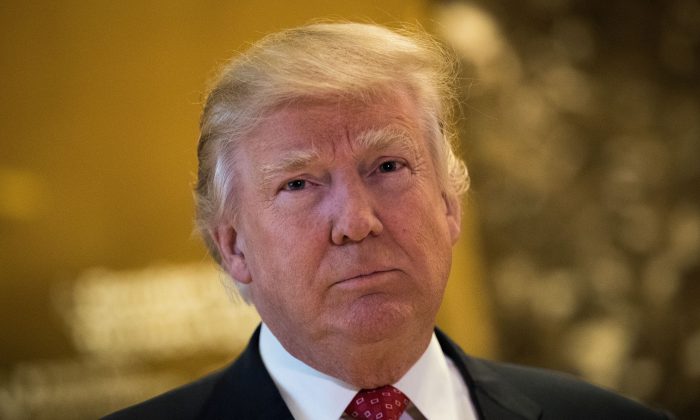 BuzzFeed News published an unverified claim about ties between President-elect Donald Trump and the Russian government, triggering a debate about ethics in journalism.

The claim came in the form of a 35-page document that carries spurious allegations. It was compiled by an unnamed source who claimed to be a former U.K. intelligence officer hired by Trump’s opponents, and it had been circulated among journalists who had declined to publish information on it. Intelligence officials presented a two-page summary of the allegations to Trump and President Barack Obama, according to CNN on Tuesday.

But an hour later, BuzzFeed posted the claims without verifying them. Right after that, left-leaning clickbait websites jumped on the allegations and focused on the most sordid aspects of the document.

“BuzzFeed News is publishing the full document so that Americans can make up their own minds about allegations about the president-elect that have circulated at the highest levels of the US government,” BuzzFeed wrote of the document in a break from standard journalistic practice to verify claims before publishing them.

“Publishing this document was not an easy or simple call, and people of good will may disagree with our choice,” BuzzFeed chief editor Ben Smith told his staff in an internal memo, the New York Times reported. “But publishing this dossier reflects how we see the job of reporters in 2017.”

Dean Baquet, the executive editor of the New York Times, said the newspaper wouldn’t publish the document as the allegations are unsubstantiated.

“We, like others, investigated the allegations and haven’t corroborated them, and we felt we’re not in the business of publishing things we can’t stand by,” Baquet said.

Some left-leaning reporters expressed skepticism about the document and targeted BuzzFeed News.

He later added: “When it comes to public & media attention, corruption & authoritarianism – which bores many- pale in comparison to sex scandals.”

As the Times noted, among well known media outlets, only BuzzFeed published the entire dossier on Trump, which included allegations about sexual conduct.

In a series of tweets on Wednesday, Trump responded to BuzzFeed’s choice to publish the claims. “Russia has never tried to use leverage over me. I HAVE NOTHING TO DO WITH RUSSIA – NO DEALS, NO LOANS, NO NOTHING!” he tweeted, describing it as “fake news.”

Russia has never tried to use leverage over me. I HAVE NOTHING TO DO WITH RUSSIA – NO DEALS, NO LOANS, NO NOTHING!

A spokesperson for Russian President Vladimir Putin, meanwhile, insisted the claims were false.

“It is an obvious attempt to harm our bilateral relations,” spokesman Dmitry Peskov said, adding: “In English, it is called pulp fiction. Surely, we should react to it with the same sense of humor.”

There was a “sad side to it,” Peskov said, adding people are merely “whipping up hysteria, going out of their way to keep up the atmosphere of a witch hunt,” CBS reported.