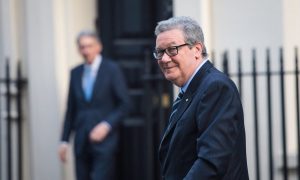 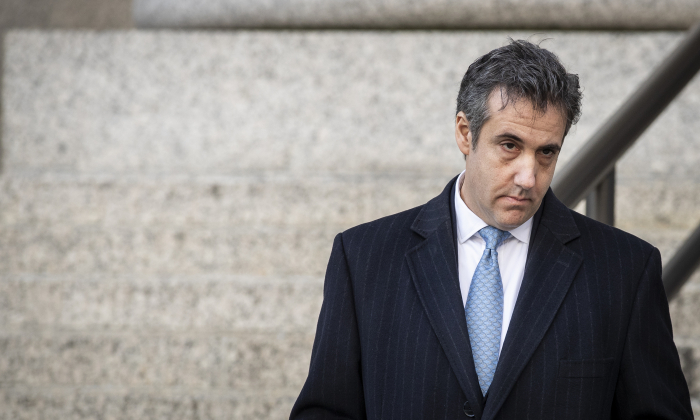 Buzzfeed and McClatchy both declined to apologize for botched reports about Michael Cohen, President Donald Trump’s former lawyer after the release of the Mueller report showed their reports fit the definition of what Trump often describes as “fake news.”

Buzzfeed published an article on Jan. 17 that claimed: “President Trump directed his attorney Michael Cohen to lie to Congress about the Moscow tower project.”

Written by Jason Leopold—who has a history of plagiarism—and Anthony Cormier, the story relied on two anonymous sources and claimed that Cohen told investigators working for special counsel Robert Mueller that Trump told him to lie about talks he had with a Russian official for the tower.

Cohen’s alleged lie was saying talks fell through in January 2016 when they actually ended in June 2016. The article also claimed that Mueller’s office obtained documents of Trump’s alleged instructions to Cohen, such as internal Trump Organization emails. Leopold said he’d seen the documents personally while Cormier said he had not.

The article was so erroneous that Mueller’s office took the step of issuing a statement saying it was wrong, the first time it did so during the yearslong investigation.

The release of Mueller’s report on April 18 highlighted how wrong the story was.

Buzzfeed editor-in-chief Ben Smith wrote a new article after the report was released, attributing the error to the two anonymous sources. “Our sources—federal law enforcement officials—interpreted the evidence Cohen presented as meaning that the president ‘directed’ Cohen to lie. We now know that Mueller did not,” he wrote.

Smith did not retract the original article nor did he, Leopold, or Cormier offer an apology to Trump for the article. Cormier did not comment on the issue, while Leopold directed his followers to Smith’s article on Twitter.

The original article retains the same headline but the subhead was appended on Thursday to read: “UPDATE: The Mueller report found that Trump did not direct Michael Cohen to lie.” Other than that, there is no editor’s note or correction.

Buzzfeed is known as being openly anti-Trump and was the website that first published the full dossier created by ex-British spy Christopher Steele, who was paid by Hillary Clinton’s campaign.

In a report published on April 13, 2018, Greg Gordon and Peter Stone wrote that Mueller had evidence that Cohen secretly made a trip to Prague during the 2016 presidential campaign, months before the election. The allegation was first made in Steele’s dossier.

Citing two sources “familiar with the matter” that it did not name or describe in any more detail, the writers said that “investigators have traced evidence that Cohen entered the Czech Republic through Germany, apparently during August or early September of 2016 as the ex-spy reported.”

“He wouldn’t have needed a passport for such a trip, because both countries are in the so-called Schengen Area in which 26 nations operate with open borders. The disclosure still left a puzzle: The sources did not say whether Cohen took a commercial flight or private jet to Europe, and gave no explanation as to why no record of such a trip has surfaced,” they added.

In another report from the same writers on Dec. 27, 2018, they said that a mobile phone traced to Cohen “briefly sent signals ricocheting off cell towers in the Prague area in late summer 2016.”

Gordon and Stone again cited anonymous sources without describing their jobs or naming any of them. The report also claimed that “electronic eavesdropping by an Eastern European intelligence agency picked up a conversation among Russians.”

The writers again claimed that the evidence indicated that Steele’s raw intelligence about Cohen was correct.

In his report, Mueller wrote: “Cohen had never traveled to Prague and was not concerned about those allegations, which he believed were provably false.”

The outlet tried to claim that Mueller didn’t contradict its report. “Mueller report states Cohen was not in Prague. It is silent on whether a Cohen device pinged there,” it said in a new article published on April 18.

“McClatchy stands by the reporting,” it said, later quoting Kristin Roberts, McClatchy’s East Region editor, as saying that Mueller didn’t dispute the reports of Cohen’s phone pinging in or near Prague.

The outlet also added editor’s notes at the top of the two articles, stating: “Robert Mueller’s report to the attorney general states that Mr. Cohen was not in Prague. It is silent on whether the investigation received evidence that Mr. Cohen’s phone pinged in or near Prague, as McClatchy reported.”