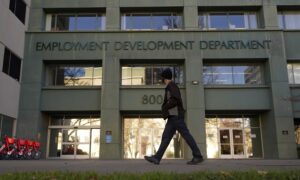 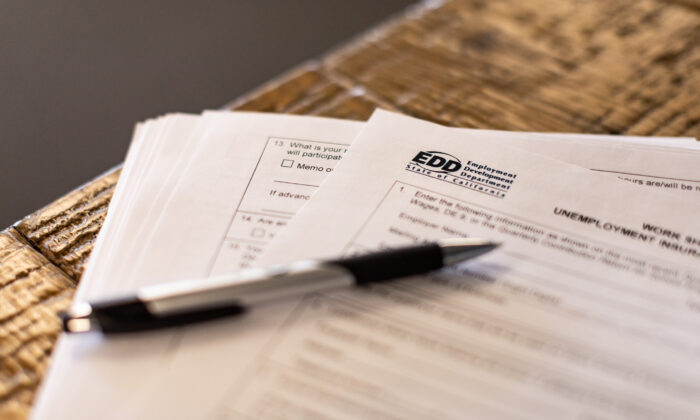 Buyer Beware: Scams Are on the Rise, Say California Officials

From online dating deceptions to merchandise fraud, officials in California say they’re seeing an increase in scams during the ongoing COVID-19 pandemic.

“We saw particularly pernicious fraud from unscrupulous individuals or businesses seeking to take advantage of people,” a San Mateo District Attorney’s Office spokesperson told The Epoch Times. “Consumers who would otherwise shop in person have turned to online sellers to purchase necessities.”

With the popularity of online shopping rising throughout the pandemic, scammers have taken advantage of online platforms to fool residents, legal professionals have said. Common scams have involved products or services that are exchanged through online communication, mail, or the phone.

California was the state with the highest number of victims and money lost last year, according to a Comparitech report. Victims in the Golden State lost about $621 million to fraud last year, the report said. Following California was New York with $416 million, Texas with $314 million, and Florida with $295 million.

Scammers have attempted to lure Californians into a variety of scams during the past year, including sham investments, loans, free gifts, and promises of romance.

Family and friend scams are also circulating by con artists impersonating loved ones in distress, claiming they’re in trouble and urgently need funds. General merchandise sales offered online also contributed to the top list of scams as more individuals have found themselves shopping from behind a computer screen.

When the first round of pandemic shutdowns occurred in California, a senior citizen in San Mateo County purchased a new laptop so that he could communicate with his family.

It was shortly discovered that the website he purchased the computer from was illegitimate, and the senior didn’t receive his laptop, law officials said.

In March 2021, the Los Angeles County Department of Public Health released a statement warning residents about scammers using the fear and confusion about COVID-19 to steal personal information and money from people.

The Los Angeles County Department of Public Health issued warning signs that might indicate a vaccine scam, such as offers to buy a vaccine and have it mailed, and other secret sources to the vaccine.

It urged residents to take precautions and familiarize themselves with scam tactics to prevent being victimized.

Other COVID-19 related scams included government economic stimulus checks and contact tracers that let people know if they’ve been exposed to the virus. In June 2020, then-attorney general Xavier Becerra warned residents in a statement not to fall for these scams. Legitimate contact tracers would not ask for personal information such as a social security number, he said.

The state itself appears to have been victimized by scammers during the pandemic through fraudulent California Employment Development Department (EDD) unemployment claims.

“Between March 2020 and January 16, 2021, EDD processed 19.5 million claims and paid out $114 billion in unemployment benefits,” EDD said in a January statement. “EDD confirmed that 9.7 percent of payments have been made to fraudulent claims. EDD also identified that up to an additional 17 percent of payments made during this time have been made to potentially fraudulent claims.

As a result of the widespread fraud, EDD has taken precautions on how to detect and prevent fraud.

“With the recently implemented anti-fraud tools and working closely with our sister agencies and law enforcement partners, EDD is better positioned to stop fraud before it occurs,” an EDD spokesperson told The Epoch Times. “EDD has stopped payments on those higher-risk claims and has communicated to those affected that we will be requiring to identify verification.”

Despite efforts to reduce fraud, EDD faces challenges of scammers attempting to mislead people into giving out personal information.

In May, it warned residents of text alerts from scammers pretending to be from EDD or Bank of America. The messages attempt to convince victims to share personal information through fraudulent account verification links.

The EDD advises residents to never click the links in text messages and always verify if notification is from EDD by checking its website.

While anyone can be a victim of scams, those targeted are often the elderly, or young people who’ve yet to develop the life skills necessary to identify a potential scam.

According to the San Mateo District Attorney’s office, those aged 65 and older, and consumers 24 years old and younger are most likely to be victimized.

In San Mateo County, the percentage of complaints from consumers aged 25 years and younger increased by about 30 percent. Complaints in the older age demographic increased by 16 percent year-over-year.

“For consumers aged 25 and under, the top three most reported fraud categories were Internet merchandise scams, fake check scams, and romance scams,” the San Mateos District Attorney’s Office spokesperson said. “For those 65 and older, the top complaint categories were prize [or] sweepstake scams, phishing [or] spoofing, and internet merchandise scams.”

Signs of a Scam

Learning the signs of scams can prevent residents from falling for one.

According to the Federal Trade Commission (FTC), four signs of scams include scammers pretending to be from the government, or scammers insisting there is an emergency or claiming you’ve won a prize. Some con arts create a false sense of urgency by threatening to arrest, sue, or deport the victim. There are also crooks that demand to be paid in specific ways.

To help prevent fraud, residents can take precautions such as blocking unwanted messages and calls.

The FTC advises that people resist the signs of scams by not making decisions quickly, not paying in insisted and specific ways, and talking to someone they trust about a potential scamming incident.