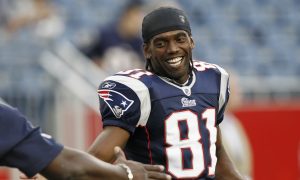 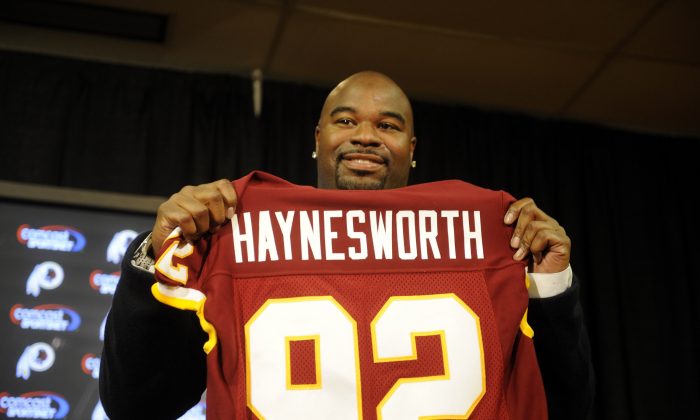 Albert Haynesworth was all smiles after signing a 7-year contract worth approximately $100 million with the Washington Redskins. The relationship would soon sour. (Mitchell Layton/Getty Images)
NFL

This is the time of year where it’s great to be an NFL free agent. Why? Because every spring NFL owners (okay, namely Daniel Snyder) foolishly go overboard spending for their teams. Then the season rolls around and inevitably the player either doesn’t fit their system, has aged overnight, or the red flags, that caused them to be available in the first place, sour the relationship. Here are the five worst:

1. Albert Haynesworth, Washington Redskins; 7 years, $100 million ($41 million guaranteed) in 2009. The posterboy for free agent signings gone bad, Haynesworth lasted just two unproductive years in Washington, reportedly unhappy about the team switching defenses from a 4−3 to a 3−4. The former two-time All-Pro with Tennessee didn’t even make the starting lineup his second season with the Redskins and was traded after the season to New England. He then split the 2011 season with the Patriots and Buccaneers and has been out of the NFL ever since.

2. Javon Walker, Oakland Raiders; 6 years, $55 million ($16 million guaranteed) in 2008. While Haynesworth didn’t work out in Washington’s system, he was at least pretty successful in his previous stop. But Walker had just one Pro Bowl season (and plenty of injury-riddled seasons) before the Al Davis-led Raiders signed the 29-year old. Unfortunately he had little left in the tank, catching a total of 15 passes for 196 yards in his two seasons with the Silver and Black.

3. David Boston, San Diego Chargers; 7 years, $47 million ($12 million guaranteed) in 2003. Boston parlayed his mammoth 2001 season with the Cardinals (98 catches, 1,598 yards) into a mega-deal with the Chargers. But his first season in San Diego wasn’t what the team was hoping (or paying) for—70 catches, 880 yards—and he was quickly jettisoned to Miami for a cornerback Jamar Fletcher. Boston, though, tore his ACL before the 2004 season began, tested positive for steroids, and was out after two years, four catches, and a whopping 80 yards for the Dolphins.

5. Adam Archuleta, Washington Redskins; 7 years, $35 million ($10 million guaranteed) in 2006. Archuleta, who had never made a Pro Bowl or been named an All-Pro, was suddenly made the game’s highest-paid safety by Redskins owner Daniel Snyder in 2006. But just because his pay was high, doesn’t mean his play was. He started exactly seven games for them before being benched and relegated to special teams. He was traded to Chicago after just one season and was out of the NFL a year later. The silliest thing about the Archuleta signing though is that they already had Ryan Clark at safety in 2005, but opted for overpaying Archuleta instead. Clark signed with Pittsburgh and was a mainstay in their secondary for eight seasons.