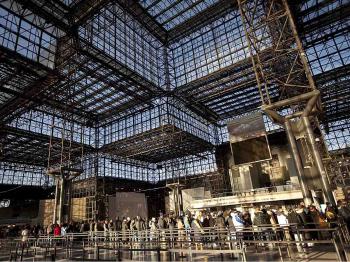 Charlotte Cuthbertson
Senior Reporter
Charlotte Cuthbertson is a senior reporter with The Epoch Times who primarily covers border security and the opioid crisis.
View profile
Follow
biggersmaller
Print
NEW YORK—Despite a notable decrease in consumer willingness to purchase foreclosures over the last six months, some groups are still interested, including investors, trade buyers and renters, according to a survey released by Trulia and RealtyTrac on Dec. 15.

Almost 90 percent of current homeowners who are looking to buy a larger home are willing to consider purchasing a foreclosure, survey results showed.

Current homeowners are now eligible to a $6,500 tax credit when buying a new home, piquing interest levels in purchasing over the next few months.

Renters are also interested in foreclosures, with 18 to 44 year-olds significantly more likely to purchase a foreclosed home. The slightly older age bracket (55 years and older) are less interested, but 40 percent are somewhat likely to consider venturing into a foreclosure purchase. The $8,000 tax credit for new homeowners was recently extended until April 2010, providing extra incentive to buy.

“Even during the darkest economic times, dreams don’t die,” said Trulia co-founder and CEO Pete Flint in a statement. “Foreclosures are providing never before seen opportunities for new segments of homebuyers and allowing renters to become first time buyers, allowing investors to grab great deals and allowing families to trade up to larger homes.”

“The most active and qualified buyers in today’s market are highly interested in foreclosures, which is not surprising given the discount that often comes with a foreclosure purchase” said Rick Sharga, senior vice president of RealtyTrac, a foreclosure Web site.

Consumers are citing hidden costs as the biggest negative factor to buying a foreclosed home, but Sharga says this is a myth.

“Most bank-owned foreclosure sales include the same title protections and other safeguards that are in place for non-foreclosure sales,” he said. “As myths such as this are put to rest and consumers take more time to educate themselves on the process for purchasing foreclosures, they will be able to take advantage of the great bargains that currently exist in the real estate market.”

Consumer expectations are high when considering foreclosures; nearly two-thirds of U.S. adults (65 percent) expect a discount of 30 percent or more when buying a foreclosed property, the survey showed. Respondents in the Northeast expected the biggest discounts, with 43 percent expecting foreclosed homes to be discounted by 50 percent or more.

Almost all (95 percent) buyers of foreclosed property are willing to put money into renovations on their new home, the survey showed.

Trulia found in a separate study that that the average person invests up to $30,000 when purchasing a new home for things such as furniture, paint, hot water heaters, etc.

“As more consumers purchase distressed properties, excess housing inventory levels will decrease and additional money will be poured into other industries, helping to stimulate the economy as a whole,” the survey report stated.

The new online survey was conducted by Harris Interactive between November 5-9, among 2,203 U.S. adults aged 18 years and older.

Unemployment levels continue to be the biggest factor in home buying ability. Bob Knakal of Knakal-Massey Realty said he believes prices are still decreasing because unemployment is still going down.

“Nothing more profoundly affects real estate than unemployment,” he said.

Knakal said unemployment is expected to peak halfway through 2010, and “bounce along the bottom.”

Trulia’s Flint said, “Until unemployment levels off and starts to get better, we expect foreclosures to continue to play a big role in the 2010 housing market.”

Most Likely to Buy Foreclosures