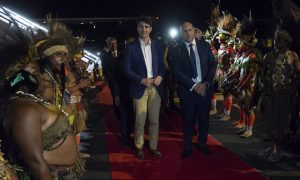 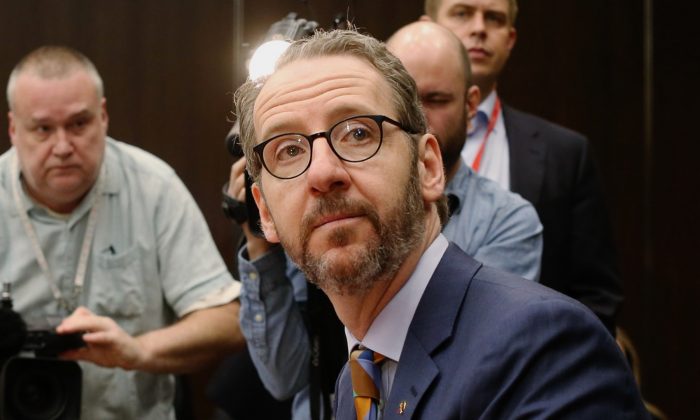 Butts’ Testimony: PMO Tried to Persuade Wilson-Raybould on SNC Lavalin, Not Pressure Her

OTTAWA—Jody Wilson-Raybould never complained about improper pressure to halt the criminal prosecution of SNC-Lavalin until Prime Minister Justin Trudeau decided to move her out of her coveted cabinet role as justice minister and attorney general, the prime minister’s former principal secretary says.

Gerald Butts is testifying before the House of Commons justice committee and offering a “very different” version of events from those described last week in explosive testimony from Wilson-Raybould.

She told the committee she was subjected to relentless, inappropriate pressure—and even veiled threats about being removed as justice minister—to stop the trial of SNC-Lavalin on bribery and fraud charges related to contracts in Libya.

Wilson-Raybould testified that the pressure to interfere in the case came from Trudeau himself, Butts and other senior staff, the top federal public servant and Finance Minister Bill Morneau’s staff—all of whom wanted her to order the director of public prosecutions to negotiate a remediation agreement with the Montreal engineering giant.

Such an agreement would have forced the company to pay stiff penalties while avoiding a criminal conviction that could financially cripple it.

However, Butts, a longtime friend who resigned as Trudeau’s most trusted adviser last month, insists that staff in the Prime Minister’s Office always respected the fact that, as attorney general, it was up to Wilson-Raybould alone to decide whether to intervene in the SNC-Lavalin case.

He says he and others tried only to persuade Wilson-Raybould to seek independent legal advice on the matter, given the potential impact on the company’s 9,000 employees and the fact that remediation agreements are a new, never-before-used feature in Canadian law.

“When you boil it all down, all we ever asked the attorney general to consider was a second opinion,” Butts says in a lengthy written statement tabled at the committee. “When 9,000 people’s jobs are at stake, it is a public policy problem of the highest order. It was our obligation to exhaustively consider options the law allows.”

Moreover, he says Wilson-Raybould never mentioned concerns about improper pressure to the prime minister or to him, even though he was her primary point of contact in the Prime Minister’s Office.

After reviewing all the emails and text messages he received from Wilson-Raybould going back to the summer of 2013, Butts says: “There is not a single mention of this file or anyone’s conduct on this file until during the cabinet shuffle.”

The first he or Trudeau heard about it was when the prime minister told Wilson-Raybould’s close friend and fellow cabinet minister Jane Philpott he was moving Philpott from Indigenous Services to Treasury Board, filling a gap left by Scott Brison’s surprise retirement from politics.

According to Butts, Trudeau told Philpott on Jan. 6 that he had decided to move Wilson-Raybould into the Indigenous Services slot because he wanted to “send a strong signal that the work (of reconciliation) would keep going at the same pace and that the file would have the same personal prominence for him.”

Philpott told Trudeau that Wilson-Raybould, who made history as the country’s first Indigenous justice minister, was “an excellent choice … but worried she’d see it as a demotion.” She was also worried that Wilson-Raybould “might wonder if her move were connected to the ‘DPA’ issue,” a reference to deferred prosecution agreements, as remediation agreements are also called.

“That was the first time I ever heard anyone suggest that this cabinet shuffle was in any way related to the SNC-Lavalin file,” says Butts, who was debriefed by Trudeau immediately following his conversation with Philpott.

Trudeau was “clearly disturbed and surprised” by her allusion to the SNC-Lavalin case. Butts says he advised Trudeau, “to factor into his thinking,” the possibility that such an accusation might be made publicly, “however far-fetched it seemed,” and that he had to “know in his heart that is not the reason he was moving” Wilson-Raybould.

“He replied that he knew that was not why he was moving her and he would not change his mind.”

The next day, Trudeau called Wilson-Raybould to inform her of the impending shuffle. Butts, who was present during the conversation and took notes, says Trudeau told her Brison’s departure had left the government in “a tough spot” and he needed his “best players” to “pitch in.” He told her she was “one of our top people and moving her to Indigenous Services would ‘show Canadians how seriously we take this,” according to Butts.

Trudeau also suggested that Wilson-Raybould’s new assignment would be temporary, just until the election in October. “He said that, ‘after the election, if we are successful, everything would be fresh.'”

After a long pause, Butts says, Wilson-Raybould told Trudeau she was “a little bit shocked” because the dual justice and attorney general role was her “dream job.” Indigenous Services “is not my dream job, I’m not going to lie about that,” Butts quotes her as saying. Trudeau said he knew that but that it was “core to my and your mission and legacy.”

After another pause, Butts says, Wilson-Raybould said, “I feel I’m being shifted out of justice for other reasons.” He says Trudeau was “taken aback” but responded that he wouldn’t be doing the shuffle at all if it hadn’t been for Brison’s departure. That ended the conversation.

Later, however, Butts says Wilson-Raybould turned down the Indigenous Services job, telling Butts “she had spent her life opposed to the Indian Act and couldn’t be in charge of the programs administered under its authority.” He said he would ask Trudeau to consider alternatives but told her he had never before seen a minister refuse to move.

“If you allow a minister to veto a cabinet shuffle by refusing to move, you soon will not be able to manage cabinet … My advice was that the prime minister should not set the precedent that a cabinet minister could refuse a new position and effectively remain in one position for the life of the government.”

Trudeau ultimately moved Wilson-Raybould to Veterans Affairs in a Jan. 14 shuffle. In the days before, Butts says, he and Wilson-Raybould had numerous conversations and email exchanges that were “deeply personal in nature” in which she became more pointed in her accusation that she was being punished for refusing to intervene in the SNC-Lavalin case.

“I knew … that trust had broken down between our office and the minister,” Butts says. “I was deeply concerned by what the minister was saying. It was all a great and sad surprise to me that she could draw those sorts of conclusions about her colleagues, including myself.”

In her testimony, Wilson-Raybould said she raised the SNC-Lavalin matter with Butts during a dinner on Dec. 5, telling him she’d made up her mind not to intervene and that the “barrage of people hounding me and my staff” was inappropriate. She said Butts told her she “needed to find a solution on the SNC stuff.”

In Butts’ version of the dinner, Wilson-Raybould asked if he had a view on the file and they talked briefly of asking a retired Supreme Court justice for advice. He has “no memory” of her asking him to reprimand staff and says at no point did she suggest anyone had done anything wrong.

“I fully accept that two people can experience the same event differently,” Butts says. “I only quote these messages so you can appreciate why I was so surprised to hear a couple of months later that the minister experienced that dinner as pressure.”

Wilson-Raybould also testified that Butts and Trudeau’s chief of staff, Katie Telford, “urgently summoned” her chief of staff, Jessica Prince, to a meeting on Dec. 18. According to text messages sent her from Prince, Butts told her chief of staff there was no solution to the SNC-Lavalin matter “that does not involve some interference” and Telford told her “we don’t want to debate legalities anymore.”

In Butts’ version of events, there was nothing urgent about the meeting. Prince said Wilson-Raybould was worried about the appearance of political interference and he told her he couldn’t see how seeking advice from someone like former Supreme Court chief justice Beverley McLachlin constituted political interference. He says Telford simply told Prince that “we are not lawyers and cannot debate the law.”

As for Wilson-Raybould’s claim that 11 different people pressured her or her staff in 10 meetings and 10 phone calls over a four-month period last fall, Butts says: “That is two meetings and two phone calls per month for the minister and her office on an issue that could cost a minimum of 9,000 Canadians their jobs.”

“It did not seem to me then, and does not now, that what we did was anything other than what those 9,000 people would have every right to expect of their prime minister.”