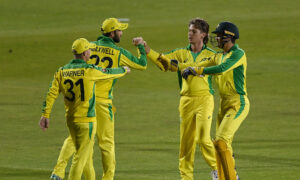 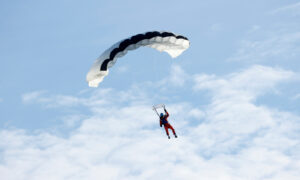 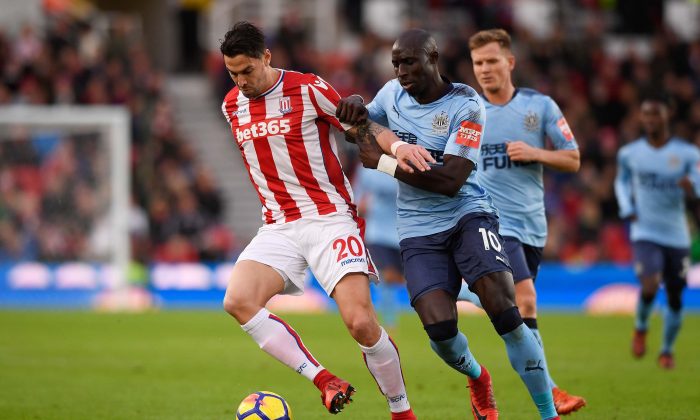 The twenty-second round of the English Premier League season got underway on Jan. 1. Brighton hosted Bournemouth at the Amex Stadium. The match started early, with a 12:30 p.m. kick off. The home side taking an early 5th minute lead when a left wing cross was played on the Jose Izquierdo to find an onrushing Anthony Knockaert unmarked at the far post inside the 6 yard box, driving into the unguarded net with Asmir Begovic stranded at the near post, Stephen Cook heading the equaliser for Bournemouth in the 33rd minute when connecting with a header at the near post from a right wing corner kick and guiding it past goalkeeper Matt Ryan and into the top left hand corner of the net off the underside of the bar, Brighton re-taking the lead from Glenn Murray’s 48th minute strike after Jose Izquierdo set him up after receiving a pass from Pascal Gross, and then Bournemouth grabbing an equaliser in the 79th minute for a 2-all draw when Callum Wilson forced the ball into the net following a goalmouth scramble.

Burnley entertained Liverpool at Turf Moor, with Liverpool leaving Philippe Coutinho out of the match day squad, and losing Mohamed Salah to injury, both sides struggling to adapt to the wet and windy conditions, Liverpool taking the lead in the 61st minute when Sadio Mane collected a cross and swivelled before firing a shot into the top corner of the net, a spell of end to end play culminating in Burnley equalising in the 87th minute when Taylor’s cross was flicked on by Sam Vokes for Johann Berg Gudmundsson to stoop to head the ball into the net, but Liverpool fighting back with a 94th minute injury time winner when a free kick into the box from mid way in the half was headed goalbound by centre back Dejan Lovren, and headed over the line from on the line by centre back partner Ragnar Klavan, possibly offside, for a 2-1 victory which lifted Liverpool to the same points as Manchester United before their later game.

Leicester City hosted Huddersfield at the King Power Stadium, with both sides appearing to suffer fatigue from the demands of the Christmas schedule in a first half ending scoreless, City taking a 53rd minute lead when Riyad Mahrez produced a sidefoot volley from the right side following Marc Albrighton’s hooked pass, Mahrez then releasing Islam Slimani with a ball over the defence that he lobbed over advancing goalkeeper Jonas Lossl into the net in the 60th minute, City introducing substitute Adrien Silva after his 4 month wait after being deemed to have missed the August transfer deadline by 14 seconds, and then capping off an emphatic 3-nil victory when Marc Albrighton tapped in Demarai Gray’s 92nd minute cross from 2 yards.

Stoke entertained Newcastle United at the Bet 365 Stadium, the home side showing little of the spark expected as a result of manager Mark Hughes’ decision to rest several key players for Boxing Day’s 5-nil thrashing at Chelsea, though the wet and windy conditions proved a difficult obstacle for both sides, and the visitors missing a number of first half chances to Christian Atsu and Ciaran Clark’s opportunity with the game being settled with Ayoze Perez’s 73rd minute strike for a 1-nil Newcastle win, a result that led to booing and an early walk out from disgruntled Stoke fans, with several exhibiting signs and banners calling for Hughes’ removal as manager, with Stoke now 16th and 2 points above the relegation zone.

Everton entertained Manchester United at Goodison Park in the late 5-30 kick off game, with the home side making 7 changes from Saturday’s defeat at Bournemouth, and United making 6 with a revamped attack following the absence due to injury of Romelu Lukaku and Zlatan Ibrahimovic, and the 3 game ban for full back Ashley Young for his elbow during their draw with Southampton caught on video after being missed by the match officials. The game started on a heavy, wet pitch after the afternoon’s downpours,

and was played in windy conditions, with little to trouble either goalkeeper in the scoreless first half, before United came out energised at the start of the second half with Juan Mata hitting the post from 20 yards before Anthony Martial curled an effort past goalkeeper Jordan Pickford for the opening goal, then saw a few chances created and shots saved by Pickford, before Jesse Lingard picked the ball up 35 yards out in the 81st minute, advancing and then shooting high into the back of the net for a 2-nil victory for United that moves them back into second until Chelsea play Arsenal on Wednesday, and leaves them trailing Manchester City by 12 points having played a game more than City

Wednesday sees the completion of the round with Arsenal hosting Chelsea at the Emirates Stadium.

Manchester City lead the table with 59 points from 21 matches, with Manchester United  in second on 47 points, Chelsea in third on 45 points, Liverpool fourth with 44 points, and Arsenal fifth on 38 points, United and Liverpool from 22 games, the others from 21 games, and Spurs sixth on 37 points from 20 games, whilst Swansea hold up the table with 16 points from 21 matches, the same as West Bromwich Albion in 19th on 16 points but a 6 better goal difference, and West Ham in 18th with 18 points, though any of the teams up to Watford in 10th with 25 points could find themselves embroiled in the relegation fight given a poor run of results, injuries, or a run of games against top 6 teams