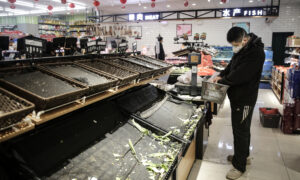 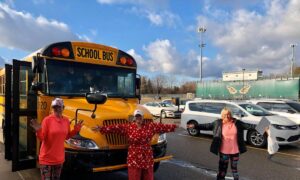 In Uncertain Times, This School Continues to Serve Meals and Smiles
0 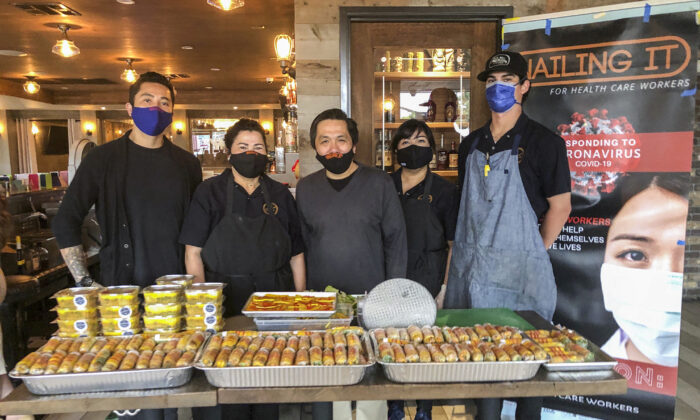 Vietnamese Americans collaborate in Orange County, Calif., on April 30, 2020, as part of the effort to prepare 1,975 meals for frontline workers fighting COVID-19 and commemorate the 45th anniversary of the end of the Vietnam War. (Courtesy of Nailing It For America)
Southern California

Businesses Pledge 1,975 Meals to Mark Anniversary of First Vietnamese Refugees in US

SANTA CLARA, Calif.—A group of Vietnamese Americans in Southern California are giving back to the community that welcomed them home 45 years ago.

They chose April 30 for the event because this year marks the 45th anniversary of the Fall of Saigon and the end of the Vietnam War. Vietnamese refugees fled from the communist country to the United States and created new homes, and the first ones arrived on April 30, 1975.

The collaborative, called “Nailing It For America,” started with five volunteers who had full-time jobs. It grew to be a loosely organized volunteer group. It has no funding, but it has partnered with Orange County United Way to help with managing donations.

Besides food, they are also donating personal protective equipment (PPE) like masks, hand sanitizer, and face shields to healthcare workers.

Ted Nguyen left Vietnam with his family when he was young, and America welcomed him, he said. Now he is in Orange County volunteering with fellow Vietnamese Americans to return the favor.

“For me, it’s personal in that the country embraced us when we had nowhere to turn and provided us with shelter, food, and comfort; and more than anything, provided us an opportunity to succeed,” he said.

He said they united with 20 different restaurants in Orange County on April 23 with a goal to prepare, package, and serve 10,000 food items and drinks. They ended up doubling that.

“Grocery workers and other essential workers have put themselves on the front lines of COVID-19, and they are protecting us by working and providing us the things that we need so that we are able to stay at home safely,” he said. “It would be our way to thank them for their courage and for their actions during these troubling times, as Vietnamese refugees who came to the U.S. 45 years ago.”

Restaurants in Orange County and Los Angeles wanted to do more, so they committed to providing 1,975 meals to signify the year the Vietnamese first arrived in the United States.

Ted Nguyen said they are proud to be Americans serving the frontline workers.

“It’s giving back to our parents who sacrificed everything for us to be here,” he said. “It’s acknowledging and recognizing, and showing our appreciation for, the ultimate sacrifice that U.S. service men and women gave during the Vietnam War.”

‘A National Day of Giving’

Tam Nguyen, President of Advance Beauty College, took the initiative and motivated the nail industry across the nation to donate 1.2 million medical-grade masks, gloves, and other PPE to healthcare workers. The total estimated cost of supplies was about $30 million.

“A month ago when we gave these all up … we know that there’s someone who needs it more than our companies. People’s lives are more important than profits in our own companies at this time,” he said.

His motivation comes from personal contacts who work on the frontlines.

His sister-in-law is a nurse who had to move out to keep her family members safe. His best friend is an ER nurse who has been texting him about COVID-19 situations he encounters on a daily basis and how they lack PPE. His brother-in-law is an ER physician who also expressed the dire need for supplies.

“Each city has its own setup,” said Tam Nguyen. “Each volunteer organizer is taking on a lead where they fundraise on their own behalf to support their own local community. So every dollar raised in that city actually stays in that community to serve the people.”

He would like his three children to remember April 30 not only as a solemn day, but also a day to show gratitude.

“Not only do we honor our parents and grandparents … we also get to rewrite this April 30 and have dual meaning to create a national day of giving,” he said.