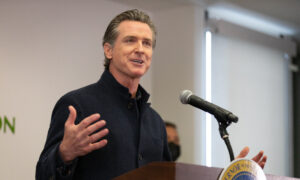 Bush Brothers and Co. announced on Saturday, July 22, that the company is recalling certain bean products due to “potentially defective” side seams on the cans.

The recall was initiated after the company’s internal quality assurance checks identified the issue, according to a press release.

Upon further investigation the company indicated that a “temporary quality issue” was actively occurring with one of the companies supplies.

The press release states the problem was corrected and no other products were affected.

No illness or adverse consequences have been reported thus far in relation to the recall.

But the company said it “urges you” to dispose of the affected products immediately, even if the beans do not look or smell spoiled, the press release said. “We are working with our retailers to ensure timely removal of affected product from their warehouses and shelves.”

The Facebook post says the “defective side seams” of the cans affect the integrity and “may cause the cans to leak or allow for harmful bacteria to grow inside the product.”  The post asks people to take proactive action on this issue.

One user also said that her husband ate the beans on Friday night and got sick five hours later.

“My husband ate the beans Friday night. I saw the lip of the cans bent but the inside looked okay. Had some bubbles in it but smelled fine. About five hours later was sick as a dog. Ended up at the ER on Sunday for fluids and nausea meds after two days of being doubled over,” the Facebook comment reads.

If anyone needs more information you can visit the company’s website at http://www.bushbeans.com/en_US.