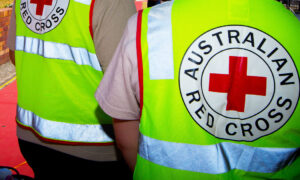 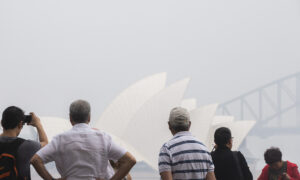 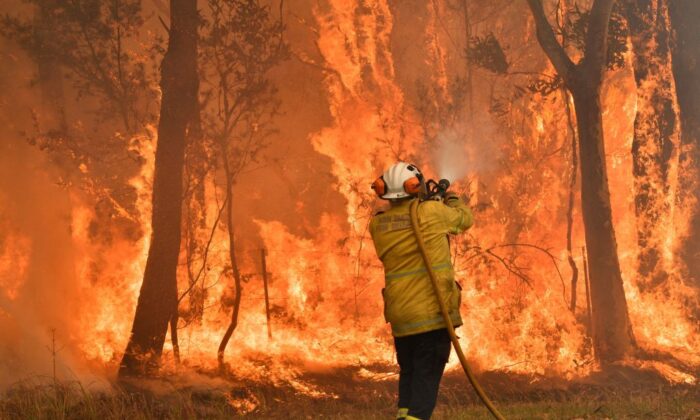 A firefighter conducts back-burning measures to secure residential areas from encroaching bushfires in the Central Coast, some 90–110 kilometres north of Sydney on Dec. 10, 2019. (SAEED KHAN/AFP via Getty Images)
Australia

The smoke from the recent wildfires caused 445 premature deaths and thousands of hospital admissions with an estimated health impact of $2 billion.

Smoke from Australia’s Black Summer blazes killed hundreds of people and had an unprecedented $2 billion health impact, with experts warning it will take years for wildfire survivors to recover from the trauma.

The total economic damage from the Black Summer wildfires has been estimated at $3.6 billion, the royal commission into the disaster has been told.

Experts estimate 80 percent of the Australian population was adversely affected by smoke from the Black Summer wildfires.

While the fires themselves killed 33 people, the University of Tasmania researchers estimate the smoke caused 445 premature deaths.

They determined there were 3,340 admissions to hospital for heart and lung-related problems and 1,373 additional presentations to emergency departments for asthma due to the smoke.

“Smoke can travel hundreds of kilometres and affect communities hundreds, sometimes thousands, of kilometres from where the fires are,” associate professor Fay Johnston told the royal commission on May 26.

“It affects numerically far more people than the actual fire.”

Johnston said the health impacts can be subtle for healthy people and go away when the smoke disappears.

But for people at higher risk such as those with heart and respiratory problems, it could cause serious illness and death, although the latter was a rare outcome.

The researchers now estimated smoke from the Black Summer wildfires was responsible for $2.02 billion in health costs, associated with premature deaths and hospital admissions.

Johnston said that was about 10 times higher than the impact of previous wildfire seasons.

“That was a major departure from anything we had seen in the previous 20 years,” she said.

Research from Victoria’s 2009 Black Saturday wildfires showed someone who has experienced a major disaster is at greater risk of mental health problems in the following years, University of Melbourne public health professor Lisa Gibbs said.

“When we’re thinking about the recent season of bushfires, it’s still very early days in the recovery,” Gibbs told the commission.

“One of the recommendations from our research is that we always think in at least a five-year recovery framework from a major disaster.

“That’s the reality of the process it takes.”

Mallacoota’s school principal Tim Cashmore said it was important there was ongoing support for everyone who needed it in the Victorian town, which was cut off by wildfires.

“We need to make sure we have enough support in this town to make sure no one gets left behind, no one’s in their house too long alone,” he said.

About 100 homes were lost in Mallacoota, among more than 3,100 houses destroyed across Australia.

There have been more than $2.2 billion in insurance claims, while government agency Services Australia has so far paid more than $261 million directly to people affected by the wildfires.