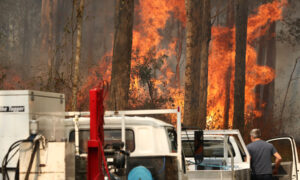 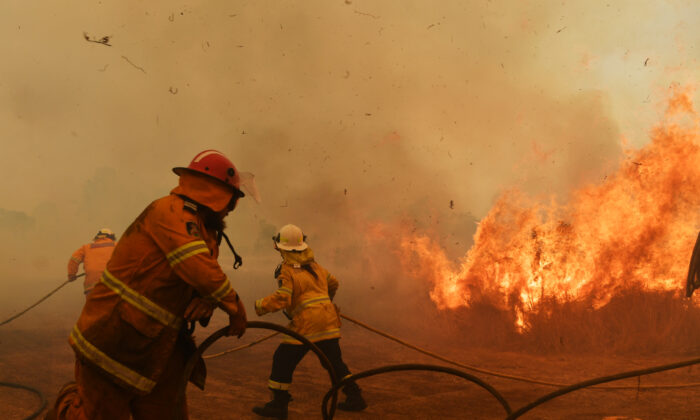 Bushfire out of Control in Western Sydney, Authorities Issue a ‘Watch and Act’ Notice.

A bushfire is burning out of control in the western Sydney suburb of Northmead, prompting authorities to issue a “watch and act” notice.

The fire near Moxham Park on Whitehaven Road in Northmead is burning towards homes on the street, and firefighters are working to protect property.

The Rural Fire Service says additional crews and aircraft are attending the scene.

Residents in the area have been encouraged to follow the instruction of firefighters and seek shelter as the fire approaches.

It comes as Sydney swelters through the second day of a heatwave that saw overnight November minimum temperature records tumble.

Cooler temperatures are not forecast to arrive until later on Sunday.

Damaging winds with gusts up to 90km/h are also hitting parts of Sydney as a low pressure trough begins to pass over the area.