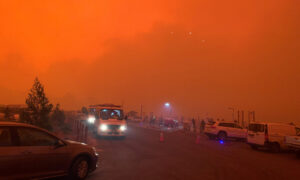 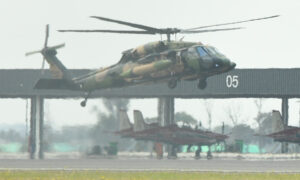 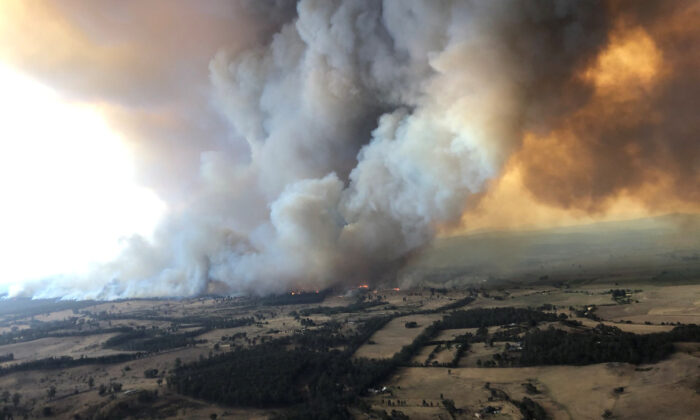 The eastern area of Victoria, Australia is now a state of disaster as deadly bushfires continue to burn with conditions expected to worsen.

The unprecedented disaster declaration was made by Premier Daniel Andrews late on Thursday night, while also confirming a second death in the East Gippsland fires.

“We don’t make any judgements about people who are staying to defend their property but, the most important thing here, if advice is provided to you to get out of your community because you cannot be kept safe, I would urge every Victorian and those visiting to heed that advice,” Andrews said on ABC News on Friday.

“East of the state and the northeast of the state are in for a very difficult few days off the back of significant fire activity this last week or so and the only thing to do, if you can leave you must leave.”

About 50 fires are burning across Victoria, mostly in East Gippsland and the northeast.

More than 780,000 hectares are burnt, 17 people are still missing and dozens of structures have been destroyed.

A second man’s body was found in the fire zone at a property at Maramingo Creek, near Genoa.

“It is believed the man suffered a medical episode while fighting the fires,” Victoria police said in a statement.

It follows family of Buchan man Mick Roberts finding his body at his home also on Wednesday.

The declaration entails powers introduced in the aftermath of devastating 2009 Black Saturday blazes which have never been used before, including compelling people to evacuate.

Areas covered by the declaration, which has been made for seven days, are East Gippsland Shire, Mansfield Shire, Wellington Shire, Wangaratta Rural Shire, Towong Shire and Alpine Shire.

Residents of those areas have been told they should leave, with temperatures set to creep up on Friday before exceeding 40C in some areas on Saturday as winds pick up.

Authorities have declared a total fire ban on Friday across East Gippsland and the Wimmera, North East and South West regions.

The fire there, straddling the border with NSW, has burnt more than 121,600 hectares.

None of the blazes are currently burning above the watch and act level, the second-highest bushfire alert.

Emergency Management Commissioner for Victoria Andrew Crisp said while the disaster declaration allows authorities to compel people to leave, they won’t be arresting anyone who stays.

He said the threat is not just from existing fires, but new ones starting on Friday.

“As we saw with Mallacoota, that wasn’t one of our existing fires and it quickly blocked the highway,” he said.

“This is your opportunity to get out.”

The military has been providing relief and resources for fire victims across East Gippsland and will help evacuate about 1000 people from Mallacoota from Friday morning.

A group of 39 firefighters and two liaison officers from the United States also arrived on Thursday to help respond to the Victorian situation.

Another 71 firefighters, 61 from the United States and another 10 from Canada, are expected to arrive next week.