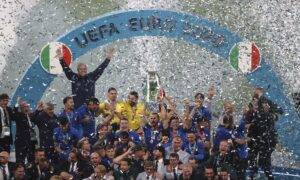 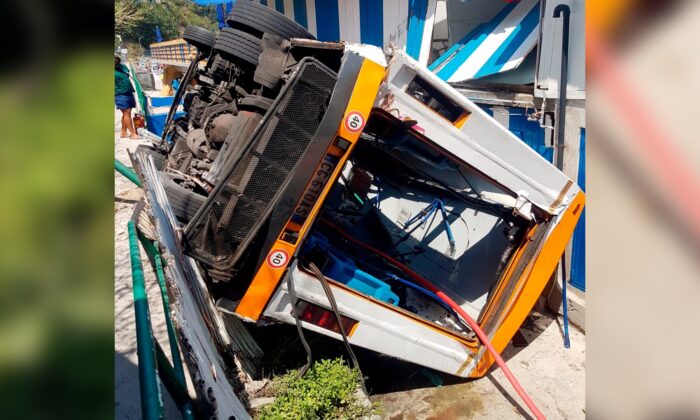 A bus lies on its side after crashing through a guardrail, on the island of Capri, Italy, on Thursday, July 22, 2021. (Italian Firefighters via AP)
Europe

ROME—A public bus on the Italian vacation island of Capri crashed through a guardrail and landed on a beach resort area Thursday, fatally injuring the driver, firefighters and Capri’s mayor said.

The fire department tweeted that the bus had 11 people on board when it ran off the road near the popular Marina Grande area of the island.

Capri Mayor Marino Lembo told Italian state TV that the bus driver died shortly after the crash. Four passengers were seriously injured, including a child who was flown by helicopter from the island to a hospital in Naples, Italian media reported.

The state TV report said the bus plunged some 5-6 meters (17-20 feet) off the road. The bus appeared to have smashed against some structures when it landed away from where people were sunbathing, but it was unclear if they were changing cabins.

Italian media said some beachgoers instinctively dove into the sea for cover when they heard the loud crash.